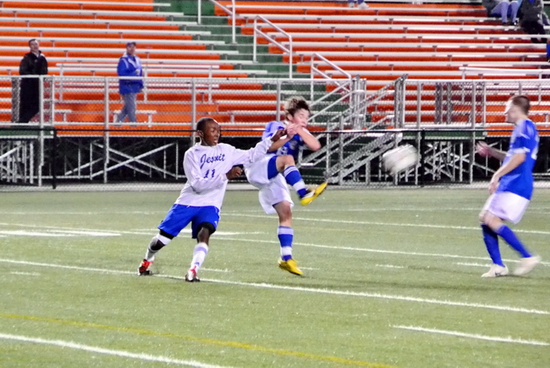 The Jays had a tougher time against Ben Franklin Wednesday evening (November 14) at Pan American Stadium. The match ended in a 1-1 tie. The Blue Jays return to action this weekend in the Brothers of the Sacred Heart Tournament.