On the Ground and from the Air, Blue Jays Drop Touchdown Bombs All Over the Patriots 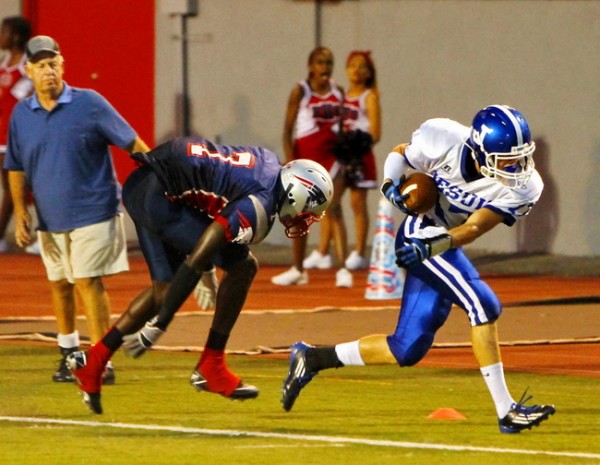 Ben was one of two workhorses, picking up 87 yards on 15 carries and scoring two touchdowns. His teammate, senior running back Kalan Minnard, finished with 16 carries for 87 yards and a touchdown. Senior quarterback Tanner Lee three for three touchdowns, all in the first half. Jesuit opens district play on Friday (October 5) when the team travels down to the parish of St. Bernard where the Blue Jays and Owls will kickoff at 7 p.m.

Nola.com Recap of the Jesuit vs. John Ehret Game

SportsNola.com Recap of the Jesuit vs. Ehret Game