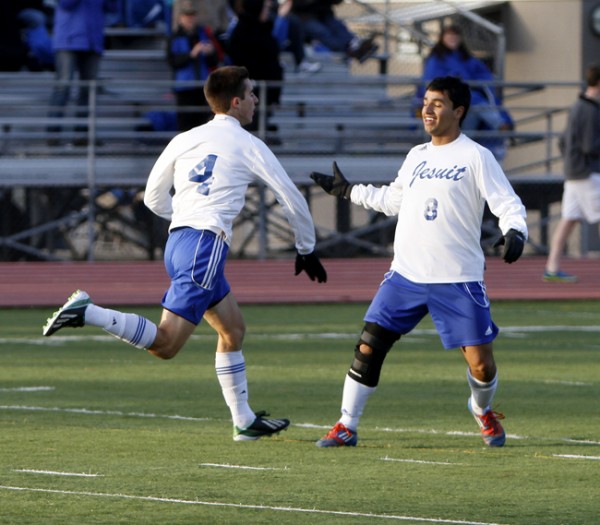 The Blue Jays trailed twice in the championship match, but answered Catholic’s goals with one goal from senior Mason Belle and another from junior Cameron Coulon. In the 72nd minute senior Sebastian Pereira-Pinzon found the back of the netto break the tie and sent the Jays home with the first place trophy.

Congratulations to the Jesuit varsity soccer team for its first place finish at the St. Paul’s Holiday Tournament on Saturday, December 29. The Blue Jays earned the championship with a 3-0 semifinal win over Mandeville and a 3-2 championship victory over Catholic High, the only team which defeated Jesuit during pool play earlier in the tournament.

The Jays will take on West Jefferson on Saturday, January 5 at John Ryan Stadium. Kick off is 11:15 a.m. Tickets will be available when tailgating begins at 10 a.m.: $5 for adults, $3 for children (6-12 years of age), free for children under 6.