In Their Homecoming Game Against Brother Martin, the Blue Jays Deliver a Whallop, 31-6 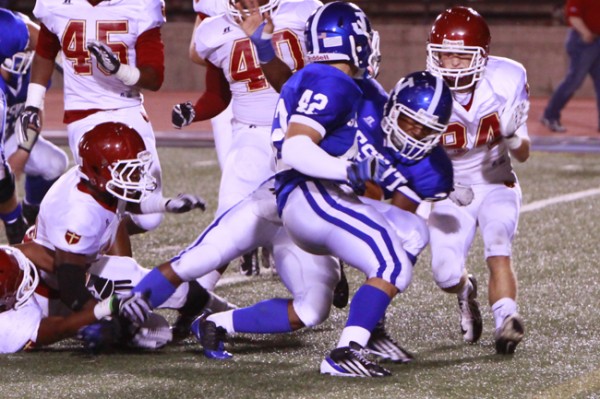 Tanner Lee passed for 218 yards and two touchdowns, while the defense forced three turnovers. Other standouts that night included: freshman kicker Crew Jacobs, who made a 31-yard field goal as time expired in the first-half; senior cornerback William Wall, whose interception and return set up a touchdown run by sophomore running back Charles Jackson; and senior running back Mitchell Alexander, who had caught four passes for 163 yards and the two touchdowns in the first half.

The Blue Jays return to action on Saturday, October 27 when they take on the Rummel Raiders. Kickoff for that matchup is slated for 7 p.m. at Joe Yenni Stadium. Gates open at 5:30 p.m.

Nola.com Recap of the Jesuit vs. Brother Martin Game