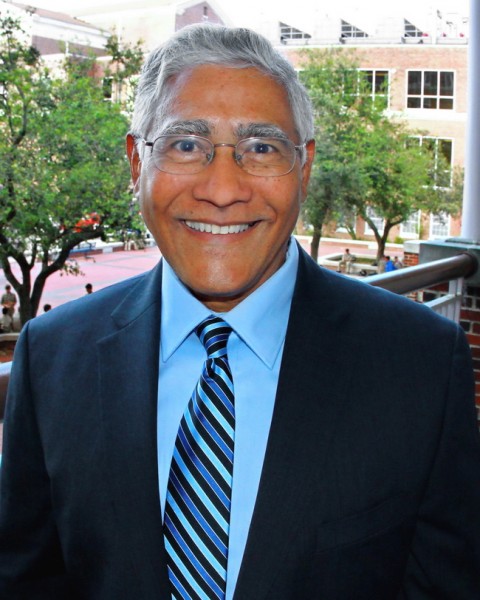 Edgar L. “Dooky” Chase III—a 1967 graduate of Jesuit High School and a distinguished education, business, and civic leader whose significant accomplishments have benefited universities and corporations, public boards and commissions, and numerous charitable and non-profit organizations—has been named the school’s 2012 Alumnus of the Year.

The award is given annually to an outstanding alumnus who is recognized for his achievements and notable service, either to Jesuit or the community-at-large, and in many instances, both. Chase will receive the award at Homecoming Mass for Jesuit alumni on Sunday, October 21 at 9 a.m. in the Chapel of the North American Martyrs on the school’s campus. A jazz brunch and reception will follow in the Student Commons.

“Dooky has provided extraordinary and generous service in a remarkably diverse array of fields such as education, business, finance, the military, philanthropy, and civic affairs,” said Fr. Raymond Fitzgerald, S.J., president of Jesuit High School. “Dooky has consistently and assiduously used the best of his Jesuit education to promote the good of others, ethical decision making, and service of God. His selfless and humble spirit marks him as a true man for others.”

When Chase was informed of his selection as Jesuit’s 55th Alumnus of the Year, he was characteristically humble. “I am honored to follow in the footsteps of the previous recipients of this award because they are all eminent men of great accomplishments,” said Chase. “I am blessed to be among them and I will always stand tall being recognized as a Blue Jay.”

After his graduation in 1967, Chase continued his education with the Jesuits at Loyola University of New Orleans, where, in his senior year, he served as the first African-American president of its student body. In 1971, Chase earned his bachelor in business administration degree. He was subsequently awarded a fellowship to study at Columbia University in New York, where in 1973 he earned his MBA.

He also had enlisted in 1971 as a 2nd Lieutenant in the U.S. Marine Corps, where he was a disbursing officer on the East Coast. Following his honorable discharge in 1976 with the rank of Captain, he joined Price Waterhouse & Company as an audit senior. His work required splitting his time between assignments in New Orleans and New York auditing Fortune 500 companies such as IBM, Exxon, and Bristol-Myers.

In 1979, Chase began his law studies at Loyola University’s School of Law, earning his juris doctor degree in 1983. Over the next six years, Chase worked primarily for two companies — first, Louisiana Land & Exploration Company (LL&E), where he was responsible for filing financial reports with the Securities and Exchange Commission; and, at Cox Communication, where as a senior administrative manager, he supervised five departments.

In 1989, Chase moved into the education arena, joining Dillard University as dean of its business division, whose graduates he helped place in top jobs. As dean of the private historically black liberal arts school located in the Gentilly section of the city, Chase also expanded the university’s academic programs by creating dual majors in foreign languages.

“I am honored to follow in the footsteps of the previous recipients of this award because they are all eminent men of great accomplishments,” said Chase.

When Hurricane Katrina struck, Chase was a vice president at Dillard in charge of master planning and facilities management. As such, he played an instrumental role in the recovery and rebuilding efforts, which involved restoring and refurbishing 32 university buildings and three off-campus residential complexes, all of which enabled the school to reopen in record time.

Chase is a strong believer in being actively involved in community affairs, a trait undoubtedly inherited from his parents, Edgar and Leah Chase, whose Dooky Chase Restaurant in the Tremé neighborhood is one of the most famous and iconic of Creole culinary institutions in New Orleans. Chase’s mother Leah continues to oversee the restaurant’s operations, fussing over its menu as well as the preparation of its classic dishes from gumbo to cobbler.

Chase currently serves as a member of eight different boards, commissions, or non-profit organizations, including the New Orleans Museum of Art; the Friends of Lafitte Corridor, New Orleans Greenway Project; the Public Belt Railroad of the City of New Orleans; City Park Improvement Association; and, the Counselor Military and Hospitaller Order of St. Lazarus of Jerusalem. He also currently serves as the chairman of the boards of the City of New Orleans Employees’ Retirement Plan and Odyssey House Louisiana. Next year, he steps into the role of chairman of the board of the Metropolitan Crime Commission.

And then there are the numerous organizations for which Chase has served as a “former” board member or chairman, including the Port Authority of New Orleans; the Bureau of Governmental Research; the Preservation Resource Center; the Musical Arts Society of New Orleans; the Louisiana Economic Development Corporation; the State of Louisiana Millennium Port Authority; the Louisiana State Board of Elementary and Secondary Education; and, the Greater New Orleans Foundation.

Chase claims that he is now “retired,” which is accurate in the sense that he no longer has an active law or CPA practice, or “full time employment.” However, retirement is contradicted by a frenetic pace he sustains on an almost daily basis. In 2010 he took on a different challenge at a new campus — “Lead Faculty” for Delgado Com 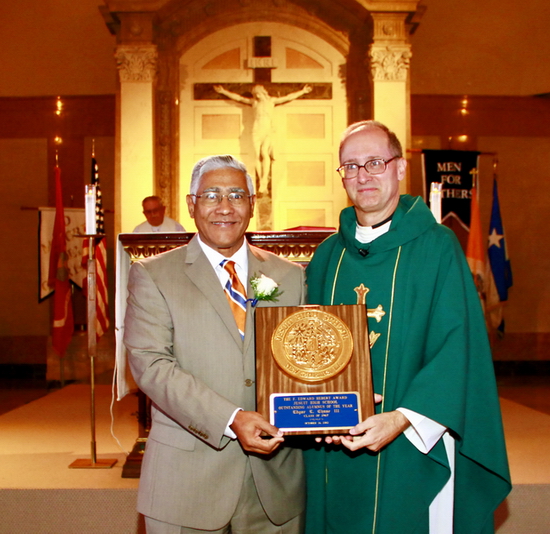 Chase soon will be adding “author” to an already-bulky resume. He is writing a novel of historical fiction which he describes as a work about “American Autonomy, Liberty, Love, and Identity in the 21st Century.”

After graduating from eighth grade at Corpus Christi Elementary School, Chase registered to attend Jesuit on September 3, 1963. He maintained a high B average and concentrated on a singular co-curricular activity during the next four years — playing the cornet in the Blue Jay Marching Band.

Dooky and his wife, the former Alva Jean Darensbourg, have been married 38 years.  They have three sons — twins Trevor and Travis, and Edgar IV (who is a graduate of Jesuit’s Class of 2000) — along with five grandchilden.

“I am so proud of Jesuit, its graduates, and its current students,” he reflected as Homecoming weekend approached. “Jesuit is where I learned first-hand how to be a man for others. My parents and grandparents sacrificed a lot for me and I hope that one day I can fulfill their dreams.”