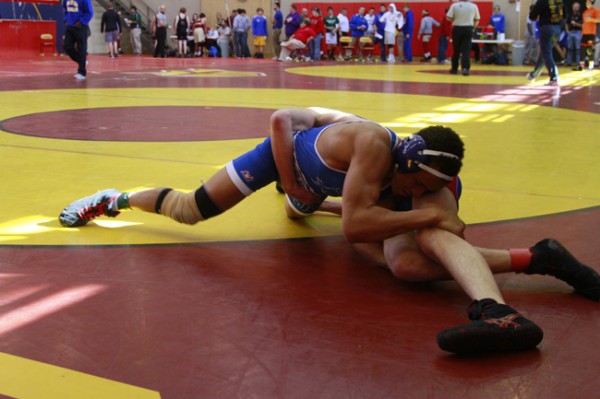 Senior Jackie Robinson makes a move on an opponent at the
Trey Culotta Invitational at Brother Martin High School.

Senior Manny Armour had a stand-out performance with pins in three consecutive matches in the championship round, ending with a victory over Gage Humphrey of Shawnee in 3:53.