Blue Jays Make a Splash in Tri-Meet at UNO 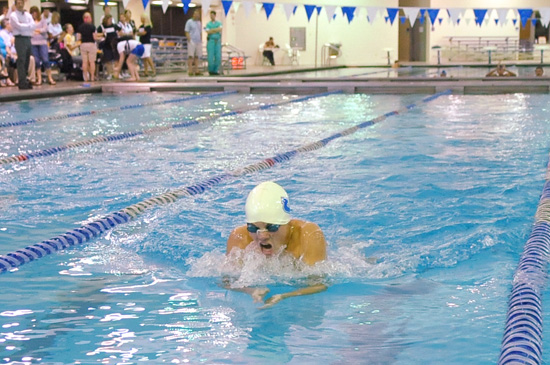 The Blue Jay swimmers defeated teams from Mandeville, Holy Cross, and Brother Martin. Bret Hanemann ’85, who is the head coach of Jesuit’s swim team, says the Jays are focused on qualifying for the state meet that takes place November 16-17 in Sulphur, LA. The team will compete Wednesday, October 3 in an invitational event at Chalmette.

Since Hurricane Isaac interfered with the regular schedule, the league has used tri-meets and quad-meets in which schools compete against several opponents too make up for cancellations and lost time. The team practices daily from 5:15-7 a.m. at the UNO swimming facility.

Jesuit’s top finishers from the September 27 meet are as follows: