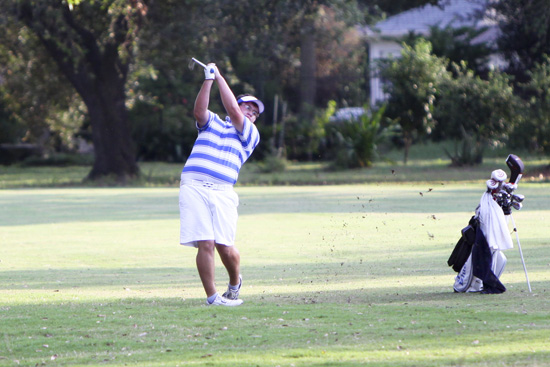 The golf team opened its fall district season on Tuesday (September 18) with a 166-182 victory over Archbishop Rummel. Two days later, the golf team defeated Chalmette, 158-239. Juniors Will Dufour (pictured) and C.J. Blagrove, along with Glorioso, each shot a 41. Senior Nick Ingles finished with a 43. Against Chalmette, Dufour shot a 35, Glorioso a 37, Ingles a 42, and three players — Blagrove and seniors Joe McAloon and Jack Culotta — tied at 44, although only one of the 44s count in the final team score. Coach Owen Seiler ’75 and his team have a big match coming up against Brother Martin on Tuesday, October 2.