New Parents Welcomed to Jesuit With Week’s Worth of Events

Beginning on Monday, August 16, incoming Jesuit parents were welcomed to campus at the school’s annual Breakfast With the President and New Parents’ Orientation events.

Parents had the choice of attending Breakfast With the President on Monday, Tuesday, or Thursday morning, and those in attendance were treated to a catered breakfast spread while conversing with other new parents and various administrators from the school. Fr. John Brown, S.J., Jesuit’s president, personally welcomed parents to the Blue Jay family as Director of Institutional Development Tom Bagwill served as master of ceremonies. Bagwill introduced various speakers including Kent Finger ’83, father of senior Joseph Finger, who serves as the 2021-22 Parents’ Annual Giving Drive chairperson. Parents also received tips on using the website, Canvas, and on helping their students navigate Jesuit’s rigorous academics. 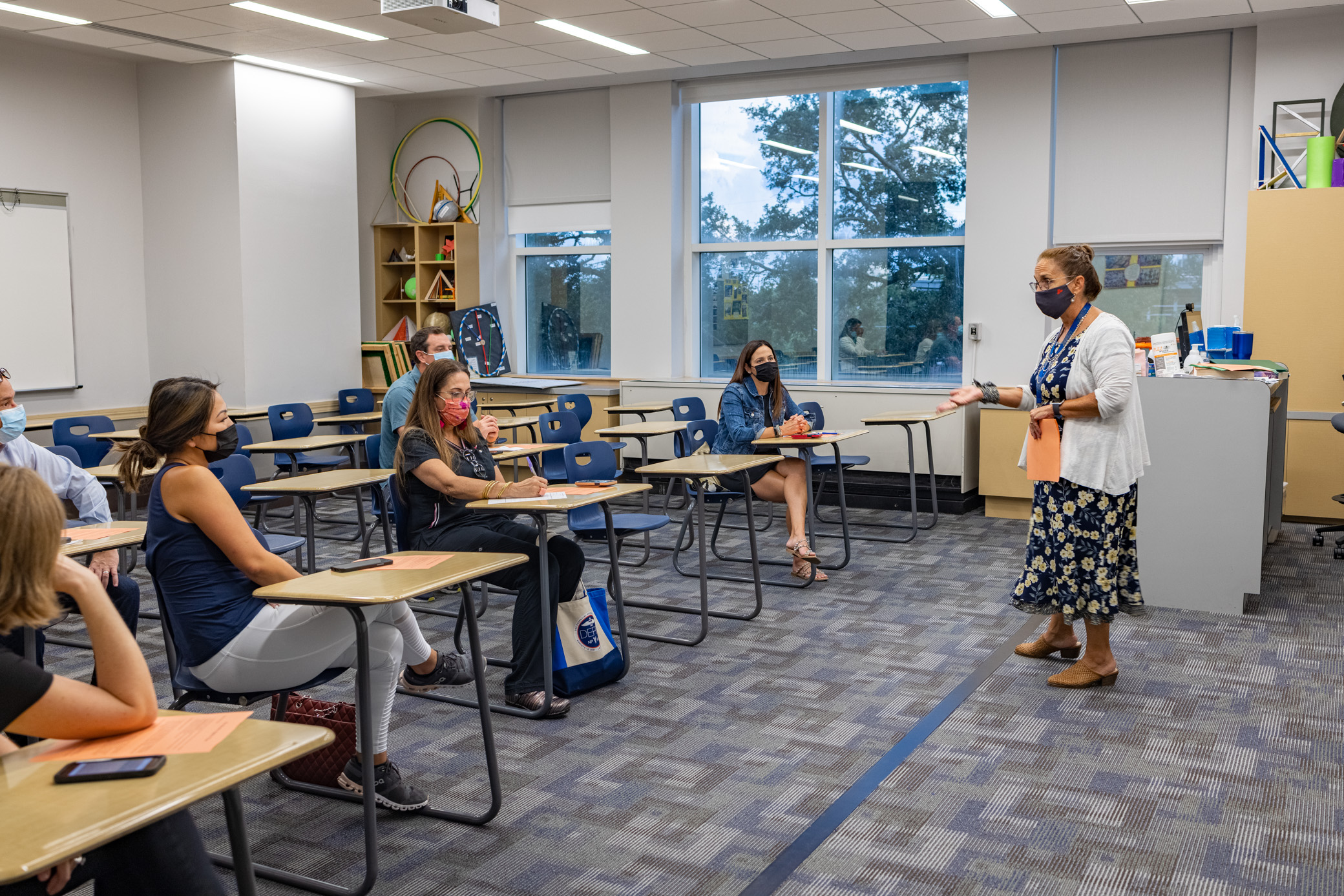 At New Parents’ Orientation on Wednesday, Jesuit principal Peter Kernion ’90 introduced a number of speakers before dismissing parents to a “mini-schedule” version of their own sons’ day at Jesuit. Parents toured the campus—schedule in hand—in an abbreviated version of the school day. Teachers introduced themselves and gave quick primers on the nature of their course.