Be in That Number…When the Jays Go Marching In… 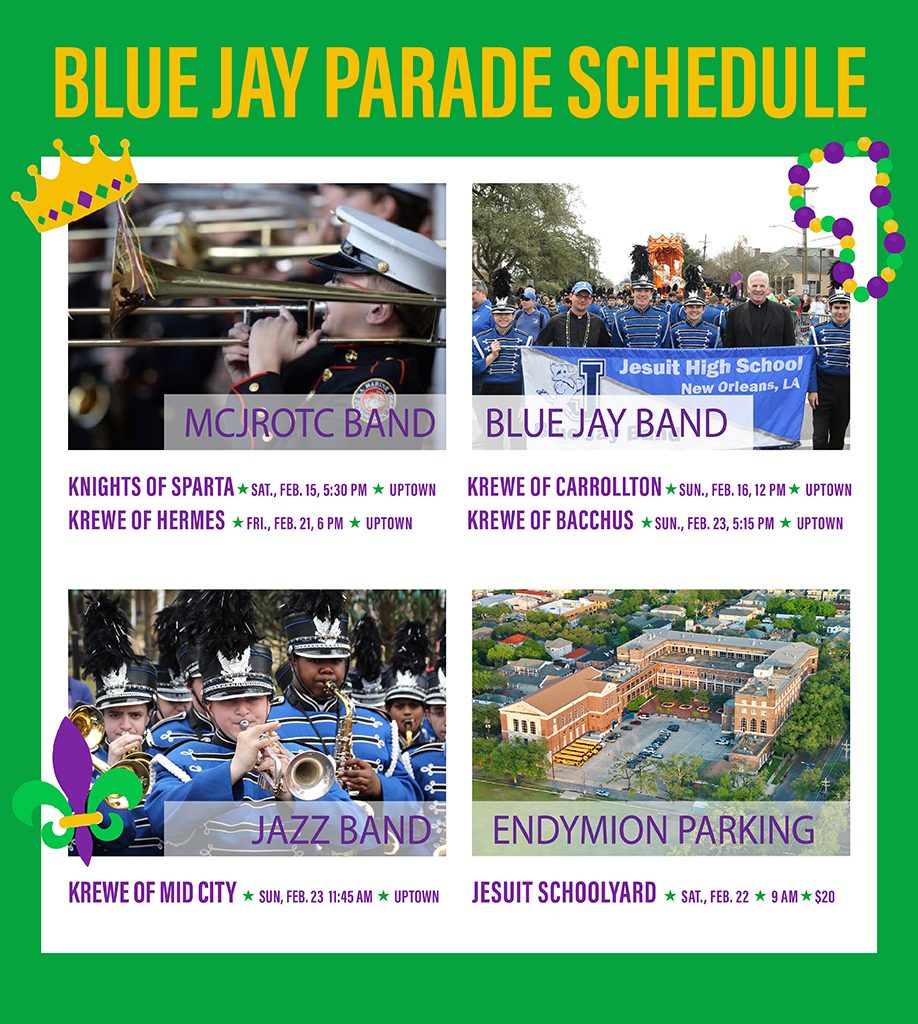 Remember, Jesuit will provide parking for the Endymion parade in Mid City on Saturday, February 22, for only $20. The parking lot opens at 9 a.m., and cars will be monitored by a security detail. Parking is on a first-come-first-serve basis, so there are no reserved spots. Portable restrooms will be available for paid customers. Proceeds from Endymion parking benefit Jesuit’s Student Council.