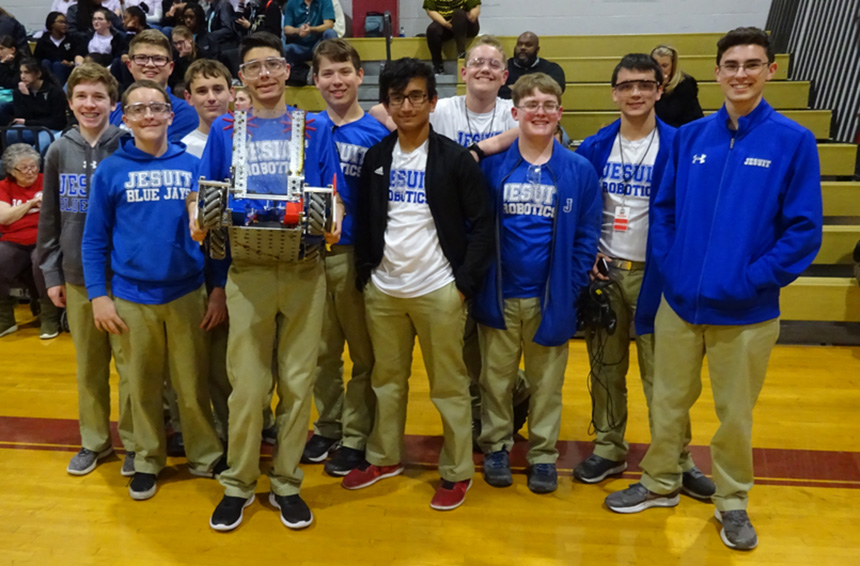 On Saturday November 9, the Blue Jay Robotics Team (FTC #6448) went to Destrehan High School for their first qualification tournament of the year.

In judging, the team placed 1st for the Design Award and 3rd for the Control Award.

For the competition part of the day, the robotics team won all six of their qualifying matches, and made it to the playoffs as the top seed. In the semi-final round the Blue Jays, along with their alliance partner Redfish Robotics, won two of three matches to advance to the finals. They went undefeated in the final round.

As a result of their match play, the Blue Jays have qualified for the Louisiana State Championship to be held at Southern Louisiana University on February 29.

In the meantime, the team will go on to compete in the FIRST Tech Challenge Robotics competition in Lafayette, Louisiana on December 7.