Fore! The Jesuit High School (JHS) golf team is back in full swing.

In a quest to win their dozenth district title in the last 13 years, the Blue Jays went undefeated through the 2019 fall season. They won eight straight matches, sweeping St. Augustine, Holy Cross, and Brother Martin for six of those eight wins. The Jays also edged out Newman in a non-district away match and, a day later, defeated Rummel at home.

As the fall season ends, the preparation for the spring season begins. Therefore, the 11-man team remains in full swing. 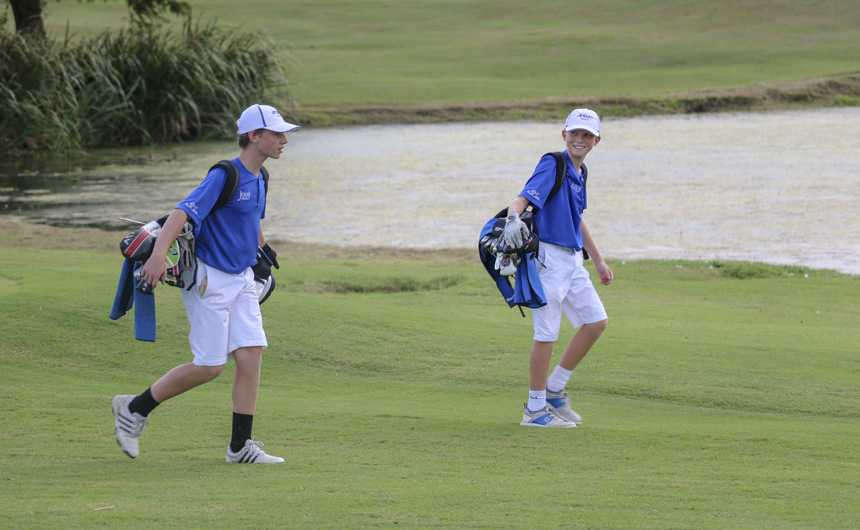 View the Photo Gallery from the 2019 Fall Golf Season!

“I’m very excited about the spring season,” said head golf coach Owen Seiler ’75. “We have new players who are competing for the starting five, and every returning player has improved from last year. We’re undefeated in district, which is an improvement from last year, so I hope winning is in our future if the guys stay focused.”