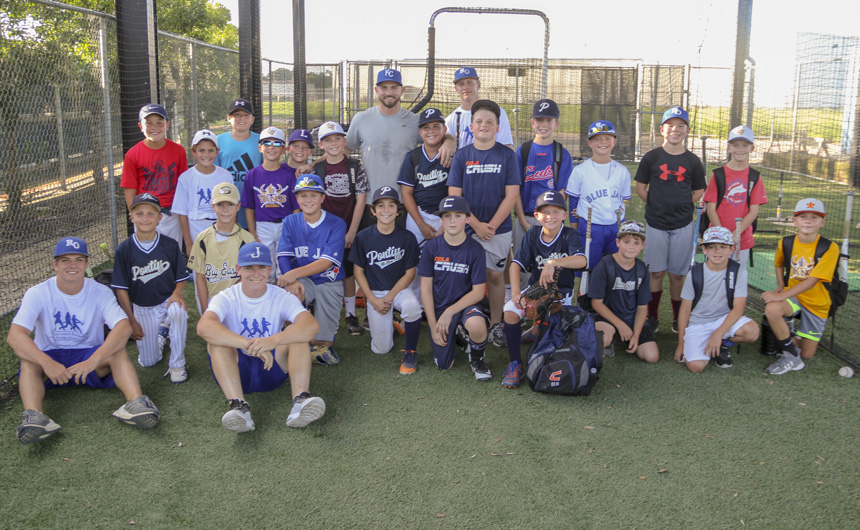 On Friday, July 26, more than 200 kids saw their dreams come true at the Legends for Youth Baseball Clinic presented by the Major League Baseball Players Alumni Association (MLBPAA). The free event, held at John Ryan Stadium, featured five MLB alumni who devoted their time to teach kids a great deal about baseball and even more so about life. Each participant left the clinic with an autographed baseball and a lifelong memory to cherish.

The MLBPAA was formed in 1982 in order to promote the game of baseball, raise money for charity, inspire and educate youth through positive sport images, and protect the dignity of the game through former players. A nonprofit organization, the MLBPAA establishes a place where players can continue to drive for excellence and achievement on the field even after they take their last steps off the professional diamond. The Legends for Youth Clinic Series unites former Major Leaguers and youth participants, giving children an opportunity to acquire life skills and baseball fundamentals from some of baseball’s brightest past stars. Over the past five years, the Legends for Youth Clinic Series has reached more than 81,000 children across the country and internationally. 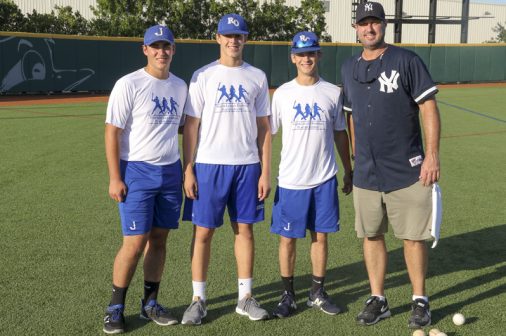 The five featured pros led the clinic to give kids a chance to learn the fundamentals of the game from former Major Leaguers. They appreciated the help of Jesuit varsity baseball players, who volunteered to assist with drills and operations. Johnny Giavotella ’05, a two-time state champion player for the Blue Jays, did not hesitate when asked to be a part of this event. “When the the MLBPAA contacted me, I jumped at the opportunity to assist with the clinic and work with other MLB alums. New Orleans holds a special place in my heart. It’s my home, and the community has given so much to me. It makes sense to give back and help young local ballplayers have fun and develop their skills.”

“Anytime you have an opportunity to come and help some kids out by giving them a piece of your brain and help them and their game, they’re always appreciative of it and I always look forward to doing it,” Giavotella said proudly at the end of the clinic.