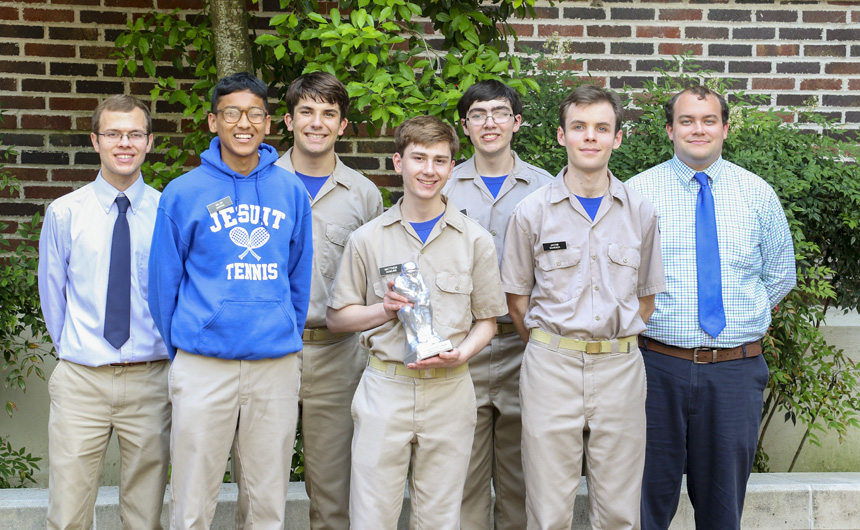 On April 26, the Academic Games team traveled to Orlando to compete in the national tournament put on by the Academic Games Leagues of America. Jesuit’s senior division team of Matthew Dowling, Bradley Fugetta, Nicholas Cibilich, Jacob Schenck, and Milan Mardia finished in second place in the games of Equations, Presidents, and Current Events. The team’s impressive performance culminated in an overall second place sweepstakes finish. Pre-freshman Wade Rogers also earned a spot in the tournament and competed in the junior division. The annual, four-day tournament hosted over 1,400 players from around the nation. 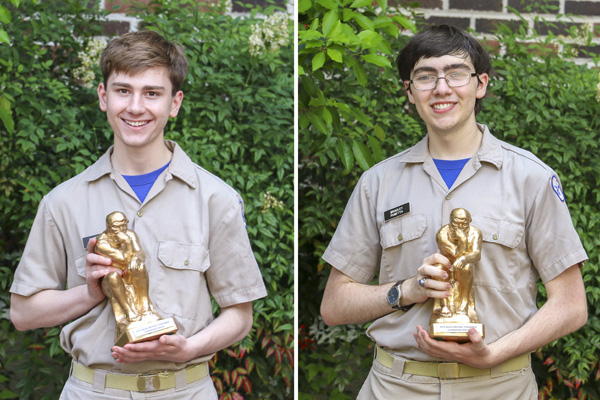 Matthew Dowling won 1st overall in Presidents and Current Events, and Bradley Fugetta won 1st in Equations. Dowling was also named an Outstanding Senior and earned a spot in the National Academic Games Hall of Fame.

Two Blue Jays won national titles individually. Fugetta won the mathematics competition of Equations, and Dowling won the social studies games Presidents and Current Events. Dowling has had a long history with the game of Presidents. He has come in second place for four years! At the end of the regular tournament round this year, he found himself tied for the lead with another senior from Palm Beach County, Fla. The two then went face to face in a playoff round, but by the end they were still tied! Per the tournament rules the two players were named co-champions, and Dowling finally has a national presidents title.

In addition to Dowling’s two game titles won this year, he was also named an Outstanding Senior. Outstanding Senior Awards are given to those graduating seniors who have enviable competitive records and have given of themselves to promote the spirit of Academic Games in their own schools and leagues. These individuals exhibit the highest qualities of character and sportsmanship. Dowling’s performance at nationals this year has earned himself a spot in the National Academic Games Hall of Fame.

The Academic Games Leagues of America is a non-profit organization which encourages and conducts academic competitions at local and national levels. The local league – the New Orleans Academic Games League – plays five of the seven national games: Equations, ON-SETS, Propaganda, Presidents, and Current Events. Propaganda and Equations are played in the fall; Presidents, Current Events, and ON-SETS in the spring.