Class of 2020 Immersed in Art on Junior Field Trip 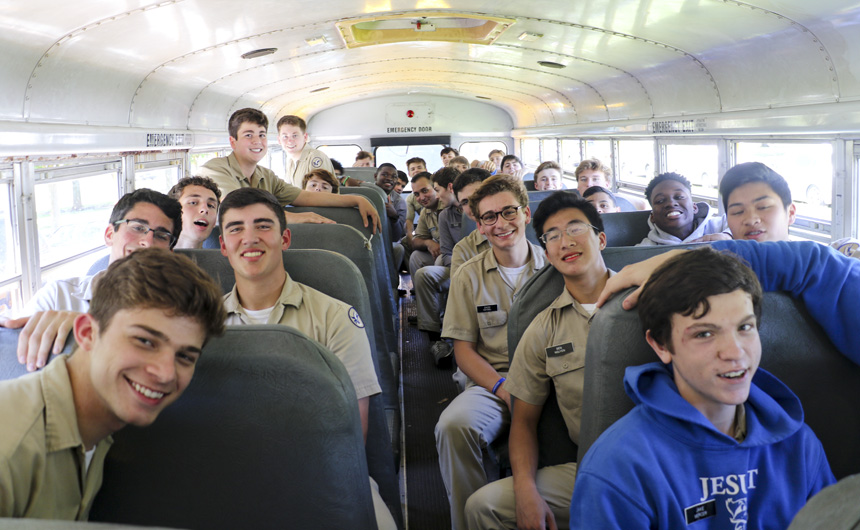 On Friday, April 26, the junior class embarked on a field trip to enrich their understanding of the visual and practical arts by learning through experience. Before heading out on their perspective buses the Class of 2020 first got to pick the brain of Loyola music industries professor, John Snyder. Snyder went in-depth on the importance of music as not only an art-form but as a prospering industry where one can express themselves artistically while making a viable living. After a brief Q&A with Snyder, the students split into homerooms and journeyed to one of three stops—New Orleans Museum of Art, YAYA Glass Studio, or the Jesuit Church of the Immaculate Conception. 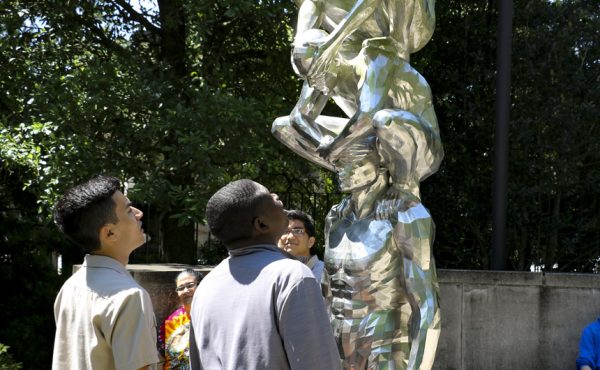 The first group to visit NOMA got to chow down on beignets from City Park’s Café du Monde before the museum opened up for the day. Once NOMA opened its doors the students were treated to a tour of its vast galleries. Students explored room after room of spectacular artwork, essentially wandering through many different ages of art.  They gazed on the gold-leaf laden Byzantine icons of the early Italian Renaissance, where religious themes of sacred geometry and the Madonna and Child were abundant. They then jumped from the 15th-century to the austere Dutch and Flemish still-life paintings of the 17th-century, before moving on to the more well-know impressionist artists of the 19th-century such as Degas, Monet, and Renoir. After exploring 20th-century art such as Picasso’s cubist works and Pollock’s expressive abstractions, they ended their trip through time with the modern workings of Keith Sonnier, whose neon light sculptures lit up stark contrasts between contemporary and traditional art mediums. Juniors then stepped outside into the bright and sunny afternoon and explored the many pathways of the Sydney and Walda Besthoff Sculpture Garden. Each tour group was given a scavenger hunt list to help them identify the many paintings and statues to encourage discussion of the artworks. It was a relaxing and contemplative time before everyone broke for a lunch. After lunch students made their way to their second stop—YAYA (Young Aspirations Young Artists) Glass studio, a New Orleans-nonprofit founded in 1988 that offers classes and after-school programs to local children and teenagers. The spacious warehouse studio offered juniors a front row seat to watch as glass artisans, Charity Poskitt and Solange Ledwith, formed glass into many beautiful shapes. Outfitted with tools that ancient Venetian glass-makers of Murano would have used, Poskitt and Ledwith pulled super-heated glass out of the molten furnaces. They then proceeded to blow and shape into life a purple bowl-vase. While they demonstrated the art of glass blowing, they educated juniors on the properties of glass, the history of glass blowing, and the use of glass-blowing in the modern era. 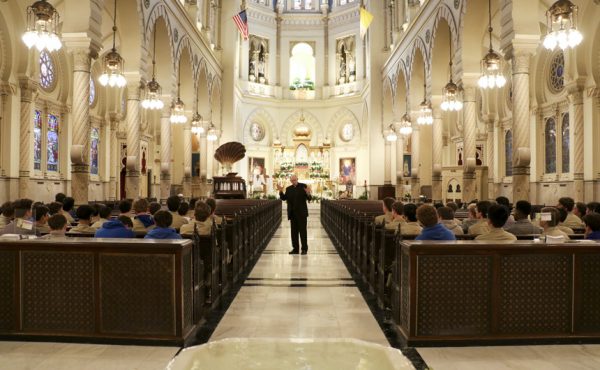 Fr. Anthony McGinn, S.J. gives an art and history lesson on the Jesuit Church of the Immaculate Conception.

The final stop for some students was the Jesuit Church of the Immaculate Conception. Sitting in the intricate, cast-iron pews the juniors experienced a homecoming of sorts, as the church is located at the site of the original Jesuit school on the corner of Baronne and Common Streets. Many of the architectural elements of the church date back to the 1850s, when the yellow fever epidemic ravaged New Orleans and substantial European immigrant populations settled in the city. The church’s architect Fr. John Cambiaso, S.J., was highly influenced by the Moorish architectural style from his time spent teaching at a university in Spain. An art and history lesson was given by Fr. Anthony McGinn, S.J.