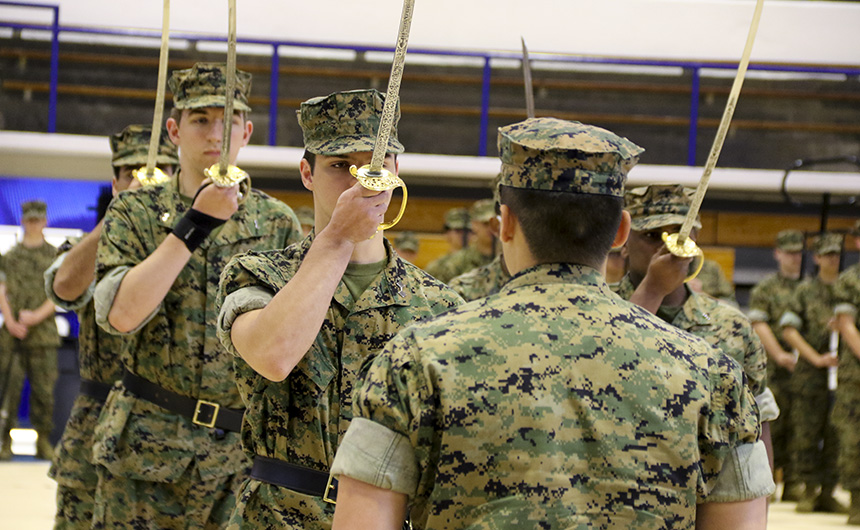 The parade commander, Cadet Lieutenant Colonel Nicholas Tanet, presents the outgoing battalion commander, Cadet Colonel August Huete, with the ceremonial sword that will be used for the post and relief of the sergent major.

The MCJROTC year-end annual change of command ceremony had a much-anticipated move this year to the Gayle & Tom Benson Arena on Wednesday, April 24. The spacious arena allowed for a more comprehensive ceremony including a parade of the entire battalion to honor their graduating senior cadets and the newly appointed cadets who will assume their posts.

The ceremony was followed by a reception in the Commons hosted by the MCJROTC Booster Club.