Following their 8-7 overtime win over Mandeville, the Blue Jays faced off against the Brother Martin Crusaders in a crucial district game on March 30 at Muss Bertolino Stadium. Playing clutch lacrosse from the opening whistle, the Jays defeated the Crusaders, 11-5, and nearly perfected the art of facing off.

The opening face-off saw junior Clark Romig take it to the house for the opening score, setting the tone for the rest of the match. At the end of the first quarter, the score was tied at 2 goals; and at the half the Jays led, 4-3. Rejuvenated at halftime, Jesuit players hit the field with second-half determination and a certain drive that was necessary to maintain control. Leading 7-3 after three quarters, the eventual 11-5 victory was well-deserved.

Romig went on to win 13 of 15 face-offs, scoring three goals along the way. The Jays ended the game with 37 shots and 18 on goal. Matthew Lulich, Luke Powers, and Mitchell Blount each earned a takeaway to help goalie Cooper Posecai protect the net. Posecai snagged three saves and one ground ball in the win.

View the Photo Gallery from the Jesuit vs. BM Lacrosse Game 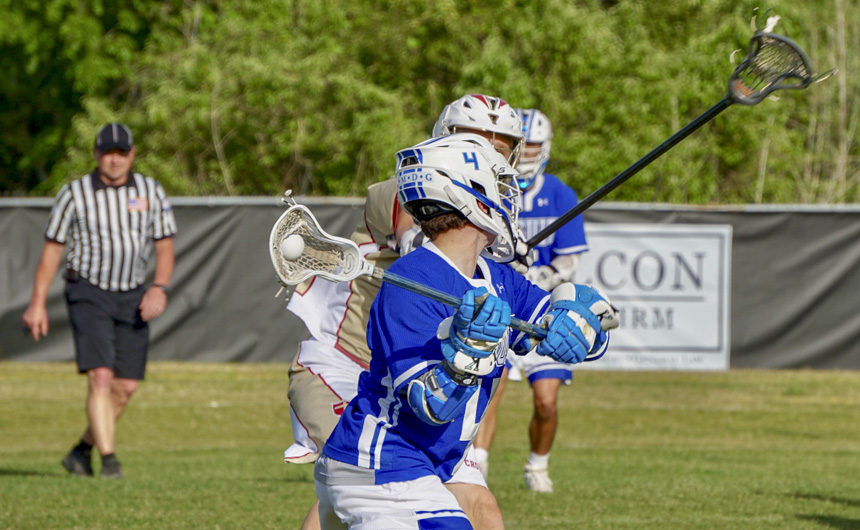 Senior Elliott Hattier lines up for the shot.

Senior Presentations will begin prior to varsity’s Catholic High game on Saturday, April 6, set for 3:30 at Joe Yenni Stadium. Seniors being honored are the following: