To make up their two opening matches originally scheduled against the Purple Knights and the Raiders, Blue Jay golfers split into two teams so that every player had a chance to start and count his score. Jesuit’s three seniors—co-captain Jackson Maniscalco, co-captain Britton Khalaf, and John Bendernagel—led the way. Maniscalco carded a 1-over 37 for Team 1 while Khalaf and Bendernagel each shot even par (36) for Team 2.

The Blue Jays (4-0) have now defeated every team in the Catholic League with wins over Brother Martin, Holy Cross, St. Augustine, and Rummel.

View the Photo Gallery from the Jesuit’s Tri-Match vs. St. Aug and Rummel 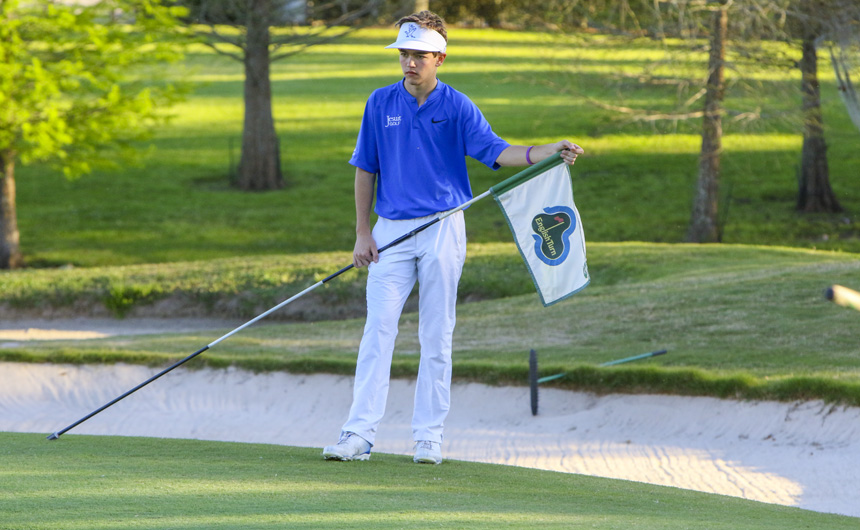 The Jays play Monday, March 25, against Newman at Lakewood Golf Club on the Westbank.