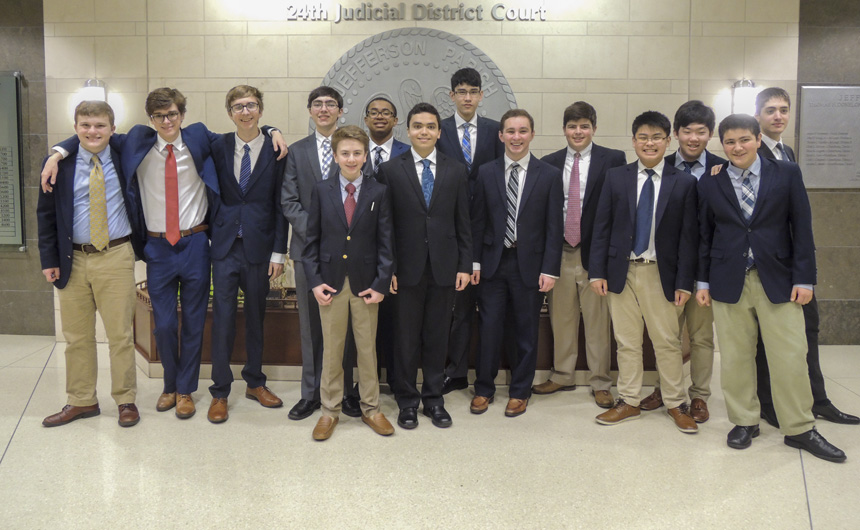 Both of Jesuit’s mock trial teams (members listed below)

After two preliminary rounds, the more experienced team of attorneys Bradley Fugetta, Donovan Reynolds, and Hunter Richardson, and witnesses, Sebastian Mac, Ben Wombacher, and Owen Ettinger made it to the semi-final round, in which they defeated a team from Louise S. McGehee School. The final round was a repeat of last year’s regional final. In an extremely close contest, Jesuit narrowly lost to Haynes Academy but still advances to the State Mock Trial competition on March 30 in Lafayette. 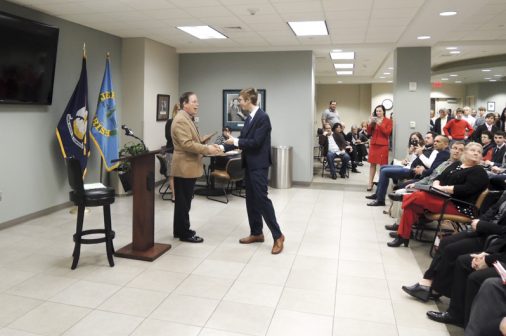 Jesuit congratulates both mock trial teams on their efforts. The upperclassmen team looks forward to the state competition.