In its first local event of the season, the Jesuit High School (JHS) varsity lacrosse team fell to the St. Paul’s Wolves, 13-5, on Saturday at Joe Yenni Stadium.

Ross Champagne scored the first goal for the Jays with 0:42 left in the first period. Andrew Brown scored the next two Jesuit goals within a 30-second time frame, the latter goal coming with 5:22 left in the first, but by this point the Wolves already had nine goals. Down 9-3, the Jays kept fighting and improved in their clock management in order to limit the Wolves from continuing their scoring hot streak. Ross Champagne found the net with 5:01 left in the third period, and the final Blue Jay goal came when Jack Unger made a great spin move to score with 4:09 left in the game.

Before the St. Paul’s game, the lacrosse team had four straight wins. The Jays played in the St. Thomas More (STM) Preseason Round Robin, where they won 5-3 (over STM), 10-0 (over Capitol), and 14-0 (over Central). They followed those victories with a 14-8 win over Spain Park. 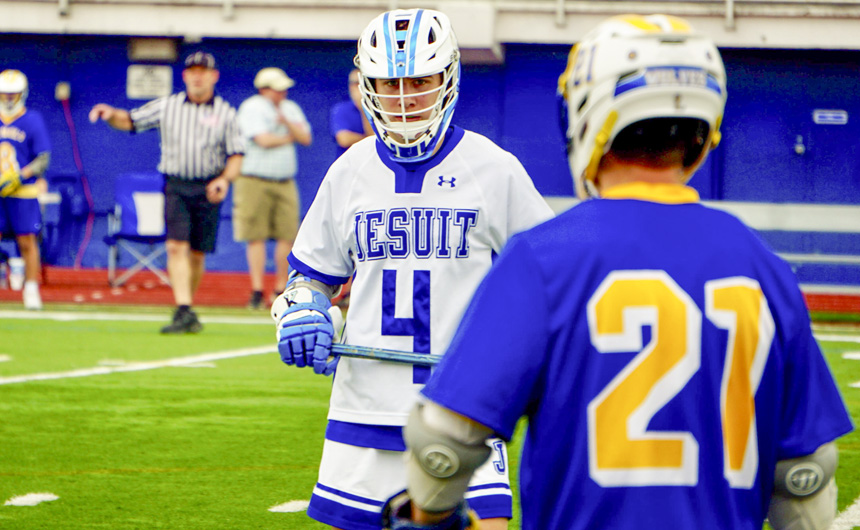