Lacrosse Homecoming Unites Players of Past and Present 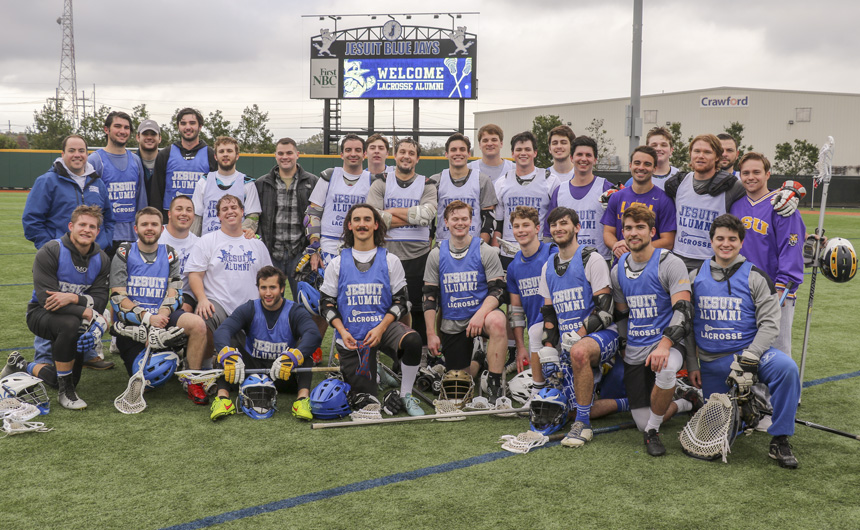 Lacrosse alumni gather at midfield after their Blue and White game.

Lacrosse alumni coordinator Steve Krobert ’05 and head lacrosse coach Saban Sellers were especially pleased with a new element they and other committee members added to the event.

“This reunion featured the third consecutive alumni game, but the first that allowed the current varsity team to scrimmage before the game,” Krobert explained. “The alums really enjoyed seeing how the team was doing, and some even reconnected with former teammates.”

After their scrimmage, current players joined the families on the sideline to enjoy the alumni game. 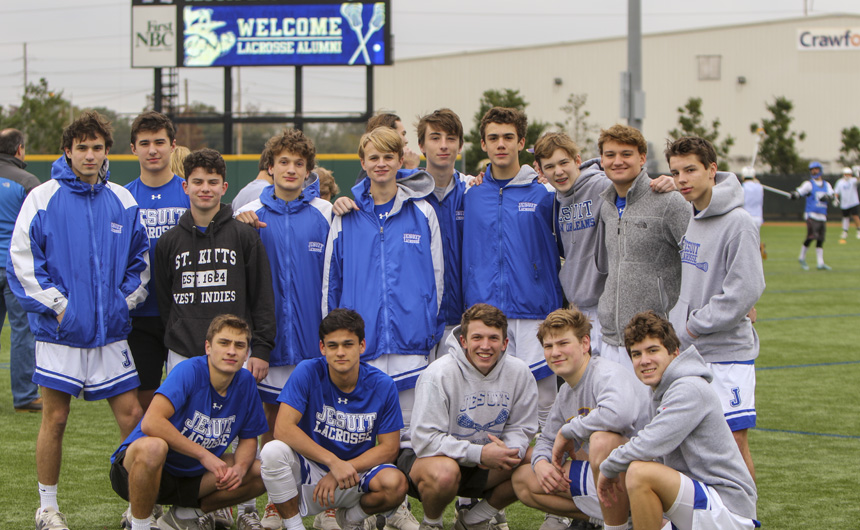 During the alumni game, a group of current players pose for a picture on the sideline.

“Adding the varsity inter-squad game, along with the alumni game, turned out to be a great addition. It lets the alumni see the current varsity team play, and visa versa,” said head coach Saban Sellers. “It brings the Jesuit lacrosse family together to enjoy the sport we all love to play.”

Jesuit gives a special thanks to both Mike Centola and Greg Unger, and other parents and friends who assisted in their efforts, for providing an amazing barbecue and gumbo spread for everyone to enjoy. Centola and Unger are both parents of current players, sophomores Evan Centola and Jack Unger. 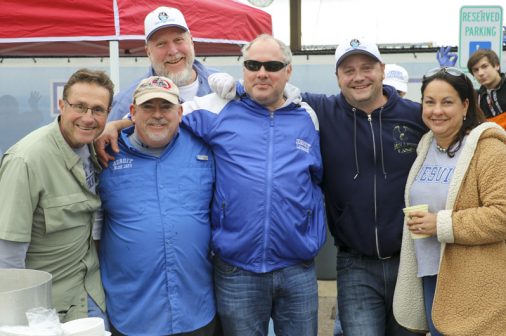