For two reasons, the Jesuit soccer game on Tuesday, Nov. 20 was more special than most. It was the defending champions’ second home game of the 2019 season, and it was a rematch of the 2018 state title game. Indeed, Jesuit and St. Paul’s met for the fourth time in the past year, this time at John Ryan Stadium. Both programs, ranked T-1 in the latest Louisiana Coaches Poll, proved yet again why they are elite as the match ended in a defense-heavy, 0-0 draw.

The Blue Jays opened their season at John Ryan with a 2-1 divisional win over Lafayette. Jesuit sophomore Trevor Reichman scored both goals with his left foot. The equalizing goal came from outside the 18-yard box and finished in the upper corner. The game-winner came on a 1-on-1 breakaway. Jacob Randolph was in goal and made five saves. Visit the Soccer page to see the 2018-2019 varsity roster and schedule. 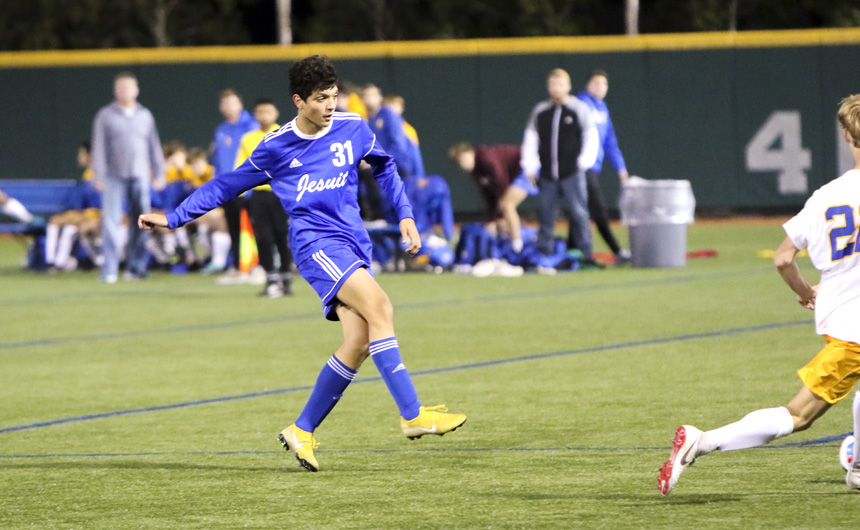 View the Photo Gallery from the Jesuit-St. Paul’s Game

The Blue Jays (2-0-2) played three games in the Brothers of the Sacred Heart Tournament on Nov. 23-24 at Vandebilt Catholic in Houma. Results from the Thanksgiving break tournament are as follows:

Jesuit travels across the lake to face Mandeville on Tuesday, Nov. 27. The Jays will begin district play on Tuesday, Dec. 4, when they take on Shaw at 3:30 p.m. at Shaw.