The Blue Jay basketball team opened the 2018-2019 season on Thursday night at home against the Mandeville Skippers. The Jays posted a commanding victory, 56-26. Visit the Basketball page to see the 2018-2019 varsity roster and schedule.

The Jays were hungry to get the season started, outscoring the Skippers 13-1 in the first quarter. After an even scoring second quarter, the Jays came out after halftime to outscore the Skippers 18-3 in the third. Leading scorer, senior Elijah Morgan, also scored his 1,000th point as a Blue Jay during the contest and was recognized after the game. 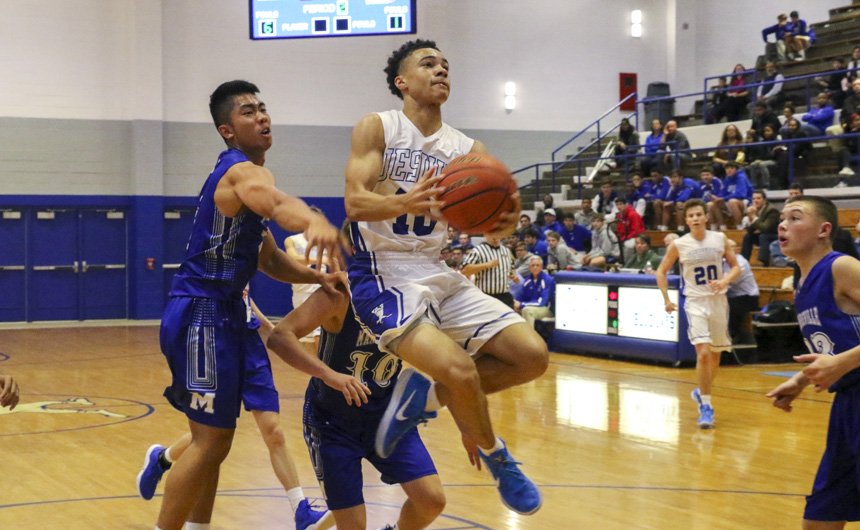 Elijah Morgan slips past the Skipper defenders on his way to the basket. Morgan finished the game with 22 points, which was enough to pass the 1,000 point mark in his career as a Blue Jay.

The Jays take to the court next on Saturday, Nov. 17, at Franklinton at 5:00 p.m. before returning to the Birdcage for a pair of home games on Tuesday and Wednesday.