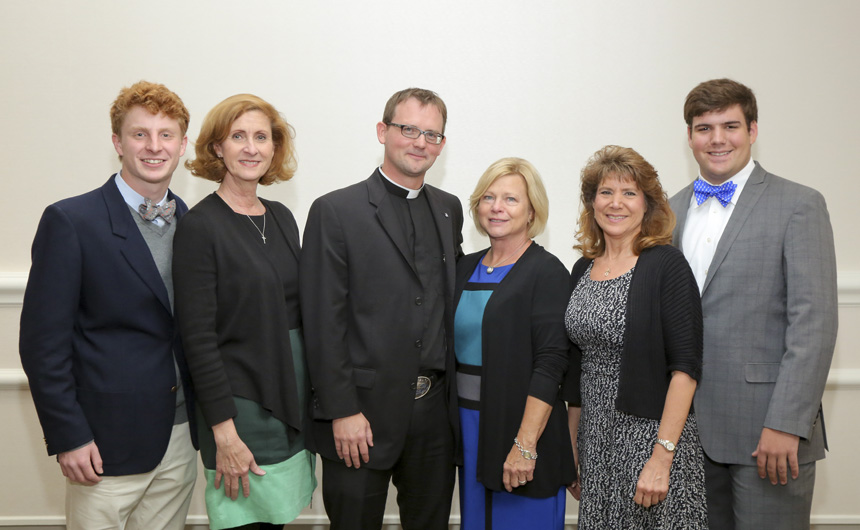 View the Video of the Address by Jacob Kieff ’19

View the Video of the Address by Peter James ’19

View the Video of the Address by Fr. Kevin Dyer, S.J.

Fr. Dyer was also the celebrant for Mass and, during his homily, spoke of a joy that comes with growing into full manhood and the role of the mother in bringing out the best in their sons. The Jesuit choir, accompanied by IMJC organist Paul Wattigny and directed by Mr. Jeremy Reuther ’01 and Mr. Scott Delatte ’06, provided music for the Mass.

At the reception, Blue Jay families enjoyed breakfast and conversation with family friends. Jesuit’s director of institutional advancement Tom Bagwill introduced the speakers and offered words of welcome to the families present.

Jesuit offers its thanks to Fr. Anthony McGinn, S.J., the pastor at IMJC, for making the historic home church of Jesuit High School available for the Mass and to all those who attended this meaningful event of connection.