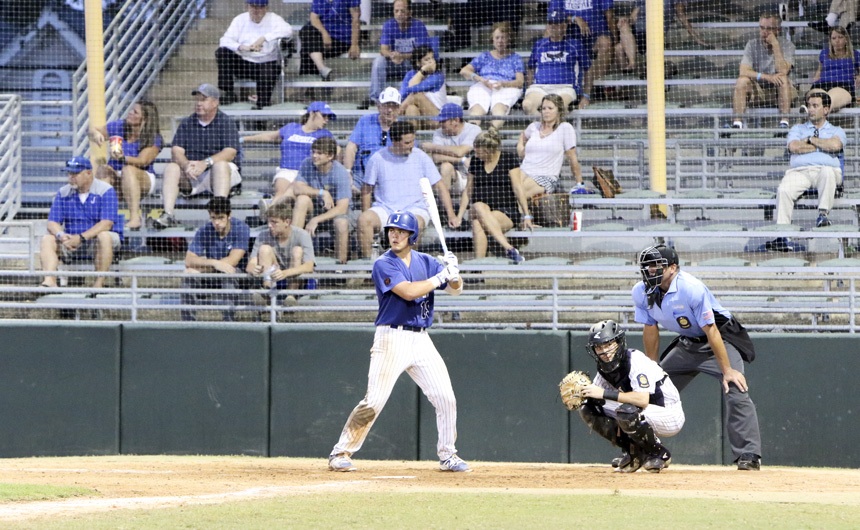 Brian Valigosky (pictured) went 3-for-4 in Game 1 and finished the two-game championship series with four hits and two RBIs.

Retif Oil finished second in the American Legion State Championship on Wednesday night at Kirsch-Rooney Stadium. The team has almost a month to mentally and physically prepare for the Mid-South Regional Tournament, where the winner advances to the American Legion Baseball World Series in Shelby, NC.

The Oilers fell 4-6 to Gauthier Amedee in the third round after beating the Crowley Millers in their first tournament game. In the loser’s bracket, the Oilers proved themselves as winners. They outlasted ES&H and Best Chevrolet to advance to the championship series that brought about a rematch between Retif and the Gauthier Amedee (GA) Wombats, who were undefeated at this point in the double-elimination tournament. 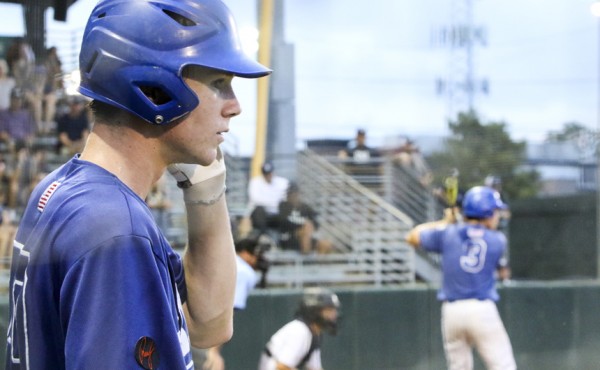 Pitcher/first baseman Will Hellmers, who bats third for the Oilers, had an impressive performance both on the mound and at the plate in Retif’s 4-1 victory in the first game of the championship series against Gauthier Amedee.

Having to beat the Wombats twice, Retif’s head coach Kenny Goodlett called on a trusty Will Hellmers to take the mound with the hope of forcing a second game. Hellmers did just that and more, recording six Ks in six-plus innings, allowing just one run, and on top of that poking a RBI-single for Retif’s final run. With Brian Valigosky (3-for-4) clutch at the plate and Hellmers savvy on the mound, the Oilers (19-5-1) controlled every bit of Game 1 and soared to a 4-1 victory. Thirty minutes later, pitcher Will Moran toed the rubber in Game 2 of the championship series.

GA ran away with the final game, capturing its first title since 2013. After opening with two unearned runs in the 2nd inning, the Wombats snagged six runs in the 4th and another single run in the 5th. Retif found its only run in the 3rd when Valigosky continued his hot streak with an RBI single. Following the 9-1 loss, the Oilers use the next three weeks to practice and compete against the JPRD 18’s team on July 24-25.

Even before the first pitch of the championship series, both the Oilers and the Wombats had already locked their spots in the Mid-South Regional scheduled for Aug. 8-13 at Kirsch-Rooney. Retif earned an early berth by serving as the host team for the tournament, having John Ryan Stadium as a backup field in case of weather damage to Delgado’s “Rags” Scheuermann Field. The American Legion World Series, scheduled for Aug. 16-21 in Shelby, NC, pits the eight regional champions in a battle for the big trophy.