Moran Saves Jays, But It Wasn’t the Jays’ Day 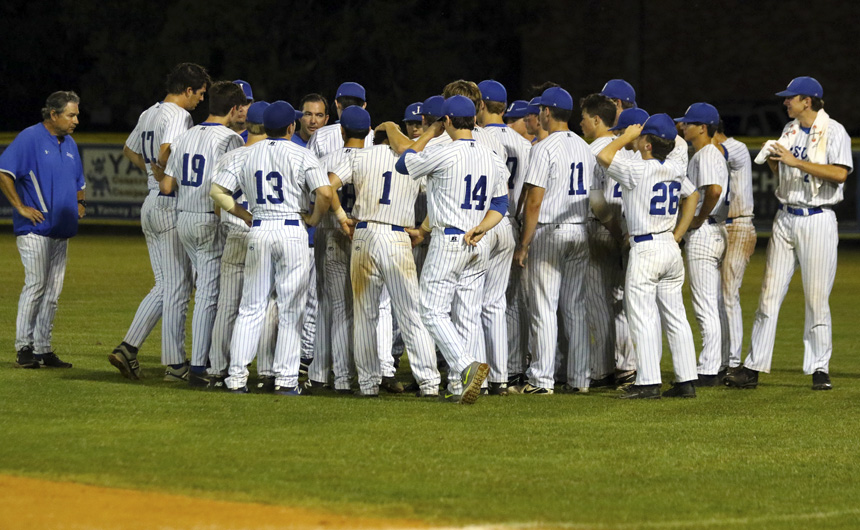 Head coach Kenny Goodlett meets with the team after its heartbreaking loss in Game 3 at St. Paul’s

The Jesuit baseball team suffered a heartbreaking 9-8 loss to St. Paul’s on Saturday night (May 5) in the Game 3 elimination game, which sent the Wolves to the semifinal series and sent the Blue Jays home. The thrilling contest played on Heap Field at St. Paul’s lasted more than four hours, as it took 12 innings to finally break the stalemate. NOLA.com called it “one of the craziest games one will ever see in high school baseball.”

View the Photo Gallery from the Jesuit-St. Paul’s Quarterfinal Series

The Wolves (22-11-1) blew the game open early with five runs in the 2nd inning off Blue Jay starter Andrew Cashman, who threw six scoreless innings of the seven he pitched.

When Cashman returned to the mound in the 3rd, he faced just a 2-run deficit as the Jays struck back with three runs in the top half with RBI singles from Will Hellmers and Alex Watermeier.

Jesuit tied the game at 5 in the top of the 6th when Hellmers smashed the ball to the fence for a 2-RBI double. With no more action through seven, teams readied themselves for extra innings. 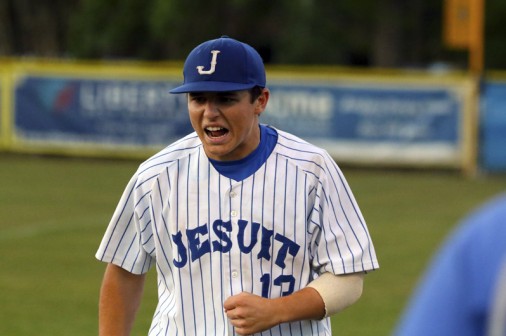 Junior Will Moran reacts after his game-saving throw in the bottom of the 8th inning.

St. Paul’s worked quickly out of the top half of the first extra inning, the 8th, and took to the plate with determination. The Wolves loaded the bases with just one out on Jesuit’s Shane Lanson, which brought in reliever Collin Miller. When St. Paul’s batter hit the ball into right field, it seemed deep enough to be the game-winning sacrifice fly. It did not seem that way for pitcher/right fielder Will Moran.

Moran, manning right field in Game 3 after becoming the winning pitcher of Game 2 (5-2), made a ESPN-Top 10 double play to keep the Jays alive in the 8th.

Watch the Game-Saving Throw by Right Fielder Will Moran

With the thriller still tied at five, the 11th and 12th inning saw Jesuit take the driver’s seat for the first time all game.

The Jays loaded the bases in the 11th and scored one on a bases-loaded walk, while the Wolves matched them with a home run off reliever Lee Blosser.

In the 12th, senior Alex Watermeier knocked an absolute bomb over the left field wall, giving Jesuit a 2-run lead in the 12th. 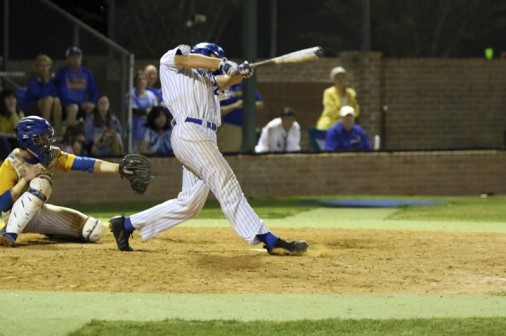 Senior Alex Watermeier follows through his 2-run home run swing in the top of the 12th inning.

The Wolves refused to lose again, and when the Jays had their biggest lead of the game in the 12th, St. Paul’s did more than extend the game. They won it. The Wolves tied it up when a choppy grounder hopped past the infield to score two runs. The Jays then found themselves in the same position they were faced with in the 8th—tied up, bases loaded, one out. They could not make the play at home on St. Paul’s infield grounder, and the Wolves took the game, 9-8.

In Game 2, Moran threw a complete game and drove in two runs in Jesuit’s 5-2 victory.

In Game 1, pitcher Christian Hess threw a complete game that ended with St. Paul’s game-winning single in the bottom of the 7th. Also a nail-biter, the Wolves’ 3-2 victory seemed like it was Jesuit’s game after the 5th inning. The Jays trailed 2-0 until then, when Brian Valigosky and Parker Serio each hit doubles. Serio’s double scored Valigosky, and Alex Watermeier’s sacrifice fly scored Michael Torry, who reached on an error. In the top of the 7th, Sean Seghers reached third but was unable to score.

The best-of-three series featured 26 innings of baseball between two teams that could not have been more evenly matched. The Blue Jays finished the 2017-2018 season with a 22-16 record.