Building the Bond by Connecting with Class 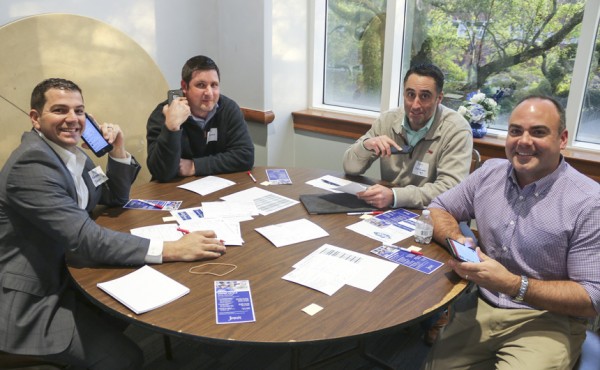 Alumni are doing their part in record-pacing numbers to keep their alma mater an affordable school of excellence, for today’s Blue Jays and those who will follow in their footsteps.

This year’s effort is being led by John Zollinger ’85, who is being assisted by chairman-on-hold (next year’s chair) Arthur “Dooty” Patron ’51 and Ian Blanchard ’03. Blanchard chaired last year’s drive.

“Our goal is to get to $1.5 million and I think we’re in a position to get to that finish line,” Zollinger said.

The drive launched in September with a video from president Fr. Christopher Fronk, S.J., who talked about his commitment to affordability and thanked alumni for their passion and generosity. Subsequent videos in the “Our Stories” series have detailed the Jesuit experiences of Johnny Giavotella, a 2005 alumnus who talked about working in Jesuit’s Blue Jay Shop before becoming a major leaguer; and Wally Landry, a 1969 alumnus who thanked his mother, who found herself a widow at the age of 35 with eight children.

“Most encouraging is the number of alumni rejoining the drive or making their first donation to the school,” said Tom Bagwill, Jesuit’s director of institutional advancement. “Jesuit remains blessed in the area of alumni support and continues to be a leader among Jesuit schools, which is never taken for granted,” Bagwill added.

Alumni who have yet to make their gift for this fiscal year are encouraged to do so as soon as possible.

DONATE TO THE ALUMNI GIVING DRIVE