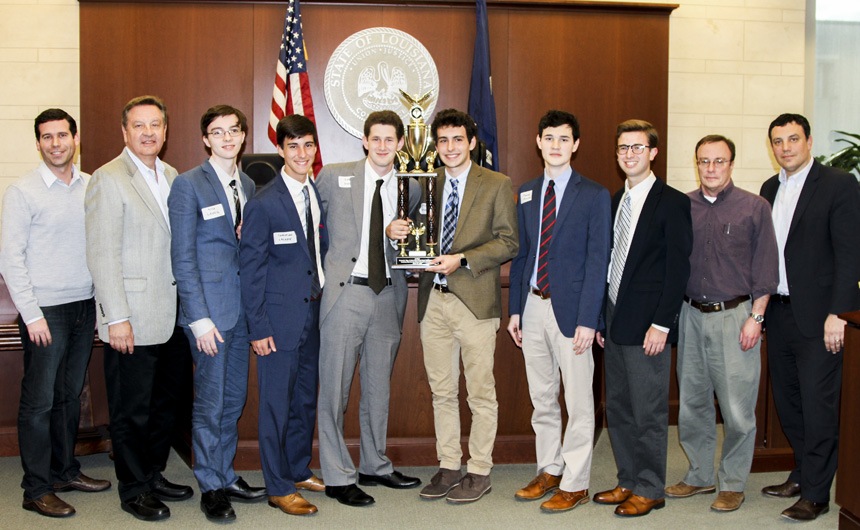 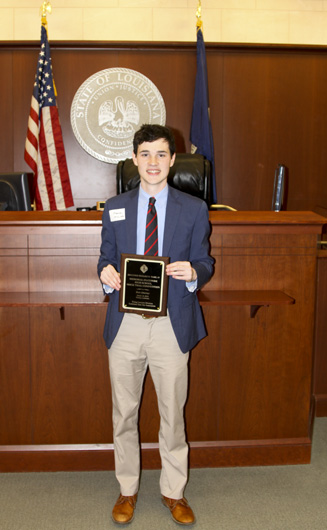 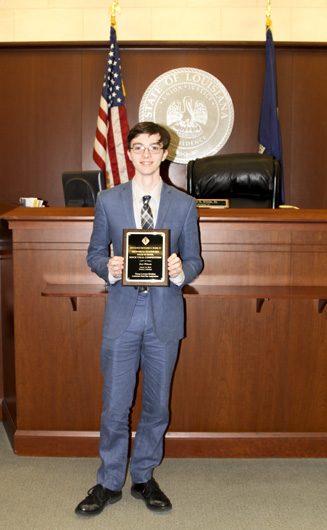 For Jesuit, the first round was as defense against last year’s champion, Caddo Magnet. Head mock trial coach Brett Wise ’82 explained the crucial first round victory in detail, saying:

“Each of the trials was very different and each challenging in its own right, but Caddo was an excellent team, I strongly suspect that had we not taken them out in round one, they would have been state champs again. There was a lot riding on that round, and the team did a great job.”

The second trial was on the prosecution side against West Feliciana. Molina, Alvarez, and Lacoste—the three Blue Jay attorneys who all joined the team in 8th grade—proved their experience by keeping their witnesses in check. According to Coach Wise, Molina showed great adaptability in his closing argument.

Jesuit faced Haynes for the third round finals in a rematch of the regional competition. At regionals, Jesuit’s defense was its weaker case. The Jays lost the coin toss in the state finals, so Haynes again chose prosecution. Jesuit’s hard work and improvement in the two weeks before state finally payed off, and the coaches considered the championship round to be the team’s strongest case of the season.

“It was a tough, hard-fought competition, and everyone did extremely well,” Coach Wise stated.

The National case problem will be released on April 1, and the team has one month to prepare a case that is typically more complex than the state problem. The National tournament will take place in Reno, Nev., from May 10-12.

This year’s team is the first group to reach nationals since 2014. Congratulations to the 2018 Jesuit Mock Trial team!