Soccer Puts on a Show for Alumni-Filled Crowd 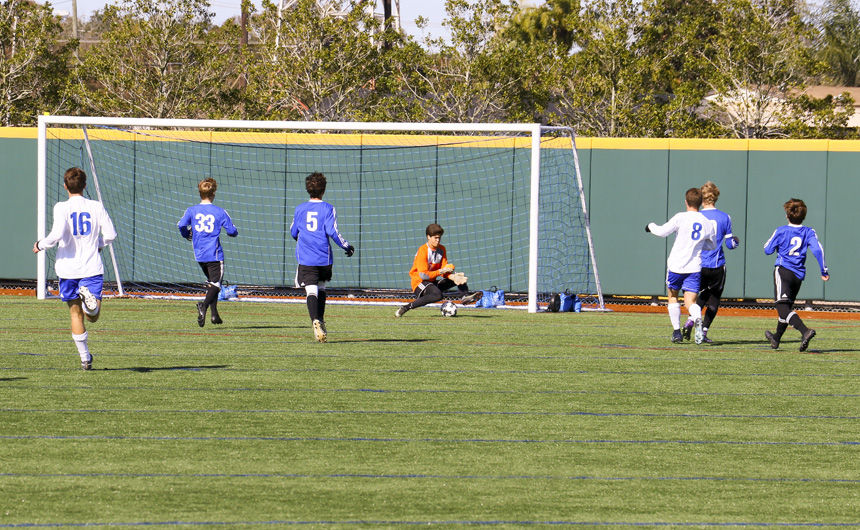 The Jesuit soccer team skipped past Mandeville 8-1 on Saturday for the 2018 Soccer Homecoming game at John Ryan Stadium. The first-ever alumni game and recognition of the 2003 state championship team preceded the match between the Blue Jays and Skippers.

View the Photo Gallery from the Jesuit (8) vs. Mandeville (1) Game

In under 60 seconds of play, junior forward Ashton Perkins opened scoring with a run down the right sideline and a hard-kicked shot that rolled just under the Skippers’ goalie. In the blink of an eye, the crowd felt a sense of déjà vu as Perkins found the net again in the second minute from nearly the same spot. 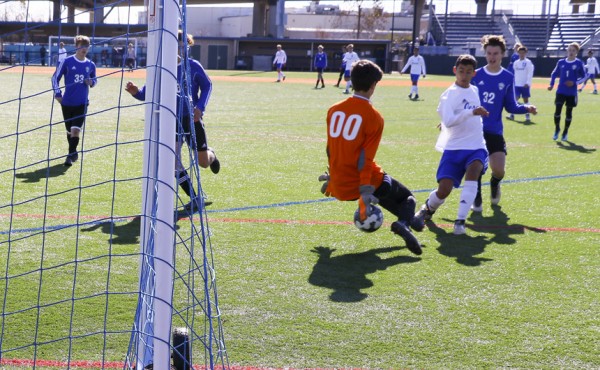 Jacob Torres finesses the ball under the keeper’s feet and into the net!

Junior Jacob Torres contributed to the next two Jesuit goals by assisting junior Preston Bordes on his 12-minute goal and scoring one of his own 10 minutes later. Junior Max Scheurich joined the fun right before halftime with a 38-minute goal off an assist by junior Kai McCurley. Senior goalkeeper Shane Lanson subbed out with a clean slate and a halftime score of 5-0.

Yet another member of the junior class, defender Josef Ernst, continued the scoring spree in the 52nd minute with a touch off senior Christian de Gracia‘s corner kick. The sixth and seventh juniors to score  were Ridge Retif (55′) and Dowen Fife (78′).

The soccer team returns to John Ryan Stadium for a district game against Archbishop Rummel at 3:30 p.m. on January 9, 2018.