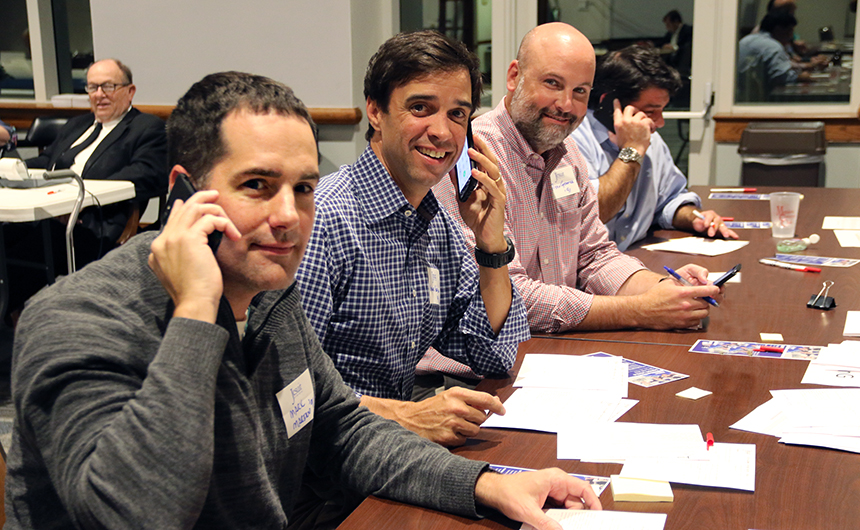 More than 200 alumni representing eight decades returned to Carrollton and Banks on the evenings of Tuesday, Oct. 17 through Thursday, Oct. 19 to kick off the 2017-18 Alumni Giving Drive. The AGD, formerly known as the LEF drive, is the alumni component of Jesuit’s annual giving effort.

Proceeds from the alumni drive are combined with dollars raised in the Parents’ Giving Drive and Parents of Alumni Drive to offset operational expenses of the school, allowing Jesuit to remain an affordable school of excellence. Jesuit remains one of the least expensive parochial schools in the New Orleans area and is, by far, the most affordable Jesuit high school in the nation.

During the three nights of connecting with classmates, alumni volunteers secured pledges from approximately 1,300 of their classmates totaling $430,000. 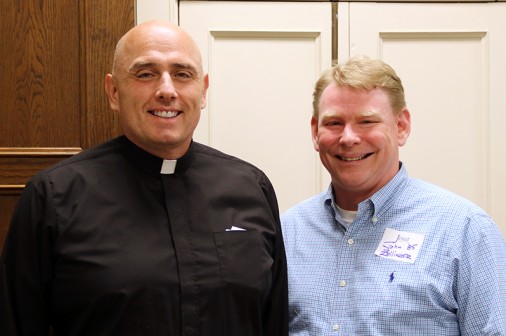 The evenings began with a delicious dinner and a short presentation in the Student Commons, which included an overview of Jesuit today from president Fr. Christopher Fronk, S.J. The night concluded with calling in St. Ignatius Hall and third floor tributaries. Callers who remained until the end received Jesuit goodies from the office of institutional advancement and a tour of the new Jesuit basketball arena.

The chairman of the 2017-18 drive is John Zollinger, who is a member of the Class of 1985. He is being assisted by Arthur “Dooty” Patron ’51, next year’s chairman, and Ian Blanchard ’03, last year’s leader. The drive is organized by Mrs. Logan Diano, Jesuit’s Alumni Giving Drive coordinator.

“One of the big reasons I decided to come to Jesuit is the support of the school’s alumni,” said Fr. Fronk. “I’ve never seen anything like it, and I am so grateful that so many Blue Jays choose to remain connected to and supportive of their alma mater.”

Pledges and donations to the 2017-18 Alumni Giving Drive may be made using the links below.