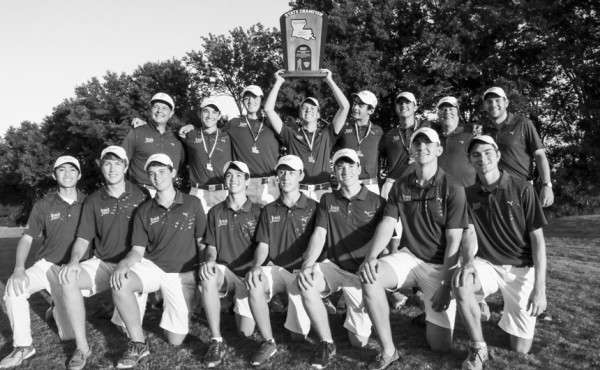 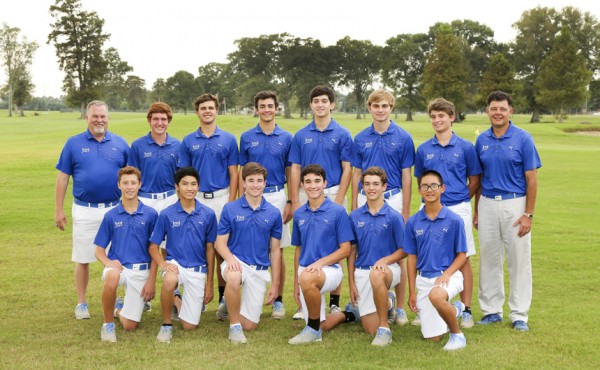 Jesuit took first steps towards defending its state championship with another flawless fall golf season, finishing with a 5-0 district record.

In fact, the only thing the Blue Jays have lost since May of 2017 is the presence of one starter and former co-captain, Nolan Lambert ’17, who graduated and accepted a golf scholarship to the University of New Orleans (UNO).

“I am very happy with the play thus far,” he said. “We are really excited about our newest player, freshman Si Holmes, who has shown a lot of talent. The returning starters and I are extremely impressed with how the younger players have improved from last year.”

In both 9-hole high school golf matches and 18-hole tournaments, five players from each team compete while the highest score is discarded; thus, the final total is comprised of the four lowest scores. The fall season serves mainly as a preseason, in which local teams play only in 9-hole head-to-head matches. After seeing the success from his teammates thus far, returning co-captain Grayson Glorioso is even more optimistic about the competition within the team.

“It’s crazy because we have four solid returning players, and we thought two players would be fighting for the fifth spot,” Glorioso explained. “Now, it looks like we will have at least five guys fighting for that last spot. So, with a really competitive team and after winning state last year, we are going to have a good chance of winning again this year.”

Besides the returning senior starters, the Blue Jays will count on seniors Andrew Kuebel, Jack Vollenweider, Michael Farrugia, and Addison Bui to record some low scores during the spring season. Jay Rowell and Jackson Maniscalco represent the junior class, while sophomore Andrew Barreca and freshman Si Holmes represent the future of the Jesuit Golf team.

Looking ahead, Coach Seiler remarked, “We are looking strong heading into the spring season, especially since I know that our players will continue to practice throughout the remainder of this semester.”

Jesuit’s 2017-18 golf team opened its fall season on Tuesday, Sept. 19, with a dual match against Brother Martin at English Turn Golf Club. Due to rain, however, play was suspended and shortened to only six holes. Of the six holes recorded, Jesuit’s top four totaled 104 to inch past Brother Martin’s 105 strokes. Si Holmes, John Bendernagel, Addison Bui, and Andrew Barreca each shot a 26 after six holes. The next match, the Blue Jays faced the Purple Knights of St. Augustine.

Both fall matches against Rummel at Timberlane Country Club were cancelled.