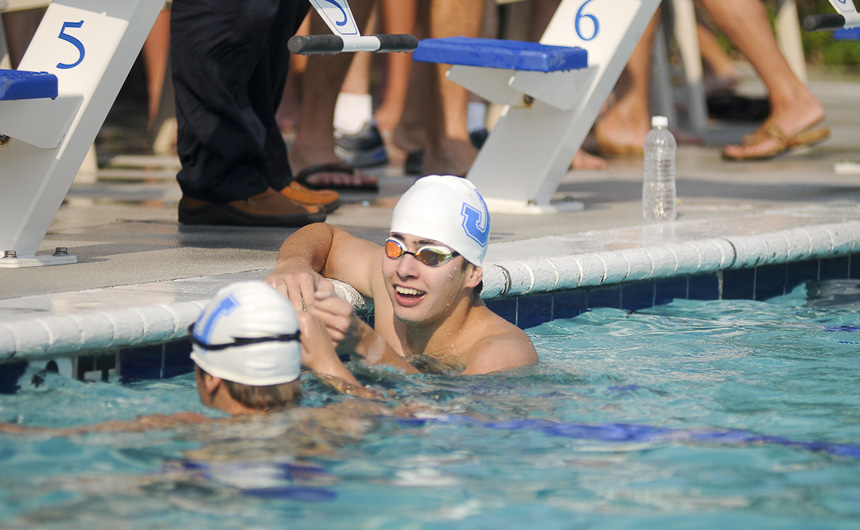 The Blue Jay swimming team remains undefeated after beating Holy Cross and Destrehan in a metro tri-meet on Tuesday, Oct. 3, at the University of New Orleans Aquatic Center. The Jays return to UNO on Wednesday, Oct. 11, for a dual meet against Archbishop Rummel High School. The postseason begins with the district meet on Thursday, Oct. 19 at UNO. 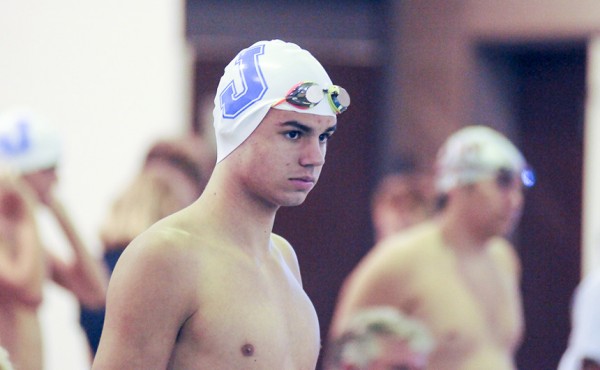 Coach Hanemann is impressed with his team’s leadership at this point in the regular season. Senior co-captains Mitchell Lulich and Jack Baudouin, juniors Davis Edwards and Charles Korndorffer, and sophomore Michael Foley stand out this season, he explained, as some of the vocal leaders who “have experience swimming in big-time meets.”

And big-time meets are exactly what remain on the schedule as the Blue Jays aim to end a streak that Hanemann noted “has not occured since the 1950s.” For the last four years, the Jesuit team finished as state runner-up to Catholic High School of Baton Rouge.

“It’s all strategy, like a chess match,” Hanemann described in his breakdown of coaching styles. “You don’t want to show your methods too early.”

Concealing his methods could be one of the reasons Jesuit will not swim in a dual meet against Catholic High this season.

A new coaching strategy that Hanemann has disclosed is that he collaborates with head wrestling coach Sheridan Moran by cross-conditioning between wrestlers and swimmers. On Friday mornings, Moran takes the swimmers to the mat while Hanemann takes the wrestlers to the pool.

“Like wrestling, our guys don’t swim for the glory. They swim for the love of the sport,” he said. “They’re not going out with 30,000 people cheering them on. They put in at least two hours a day, six days a week, and a lot of them are doubling up. You have to eat right and condition correctly, so you’re putting all this time in for literally a 2-minute swim.”

With no dual meet against Catholic, the Jays will not see their arch-rivals until the LHSAA State Swim Meet on November 15-18. The team will, however, put their conditioning to the test in the upcoming district meet and in the metro finals at the end of October.