1847 Society Benefactors Lauded for Their Commitment and Generosity 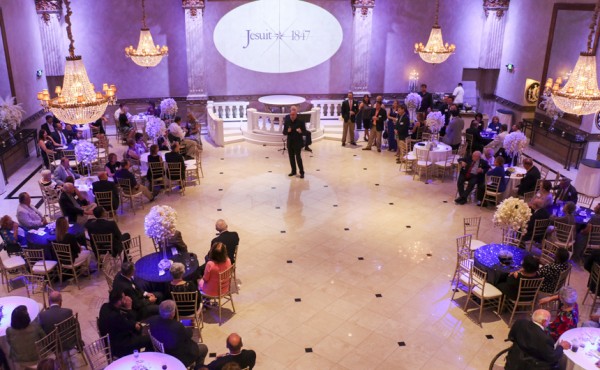 Jesuit president Fr. Christopher Fronk, S.J., had the chance to thank benefactors at the annual 1847 Society donor reception on Sunday, Aug. 20, at The Balcony in Metairie. After offering his appreciation to the many parents, alumni, parents of alumni, and other friends in attendance, Fr. Fronk gave an update on the school’s growth and plans for development.

View the Photo Gallery of the 1847 Society Donor Reception

Some 200 benefactors who attended the reception also heard from Tom Bagwill, Jesuit’s director of institutional advancement. Bagwill thanked those present for their generosity and continued support for the school that changes the lives of so many who are able to walk the halls at Carrollton and Banks.

Jesuit hosts two donor receptions each August to thank those who made significant gifts to the school during the previous fiscal year. The 1847 Society is a giving level whose name is derived from the year the school was founded on Baronne Street.

Benefactors who donated $3,000 or more were invited to the Ignatian Circle donor reception, which will take place on Sunday, August 27, at Maison du Lac on the New Orleans lakefront.