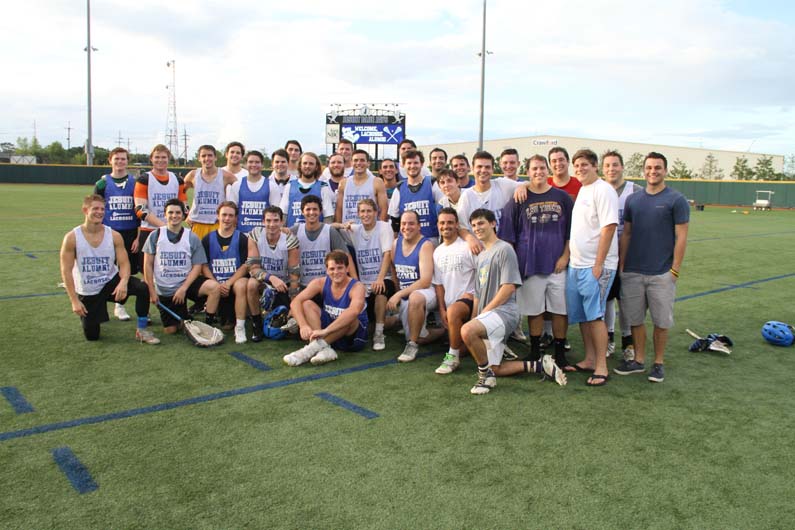 More than 100 members of the Jesuit lacrosse family turned out for the 2nd Annual Blue & White Alumni Game at John Ryan Stadium. It took place on Saturday, July 15 at 6:30 p.m., one hour later than the inaugural event, in an effort to make the game more comfortable for players and spectators. The alumni game served as the main event for the 2017 Lacrosse Homecoming. 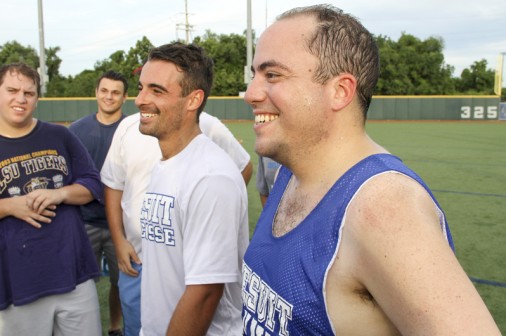 Before leaving the field, Blue Jay alumnus Mac Bulloch ’11 gathered players together to thank Steve Krobert ’05, who stepped down from his head coaching duties after the season. Krobert guided the Blue Jays for three seasons, winning state championships in 2015 and 2016. Bulloch also invited alumni to support new skipper Saban Sellers by volunteering as coaches. Like Sellers, Bulloch has been assisting on the Jesuit sideline the last two seasons.

After the 40 minute-contest on Alumni Field involving alumni from 2005 to 2017, participants, their family members, and players and parents from today’s program enjoyed a delicious jambalaya dinner supplied by Jesuit’s advancement office. Special thanks is offered to team mom Kristie Powers, who helped coordinate food donations and volunteer assistance from parents and parents of alumni. 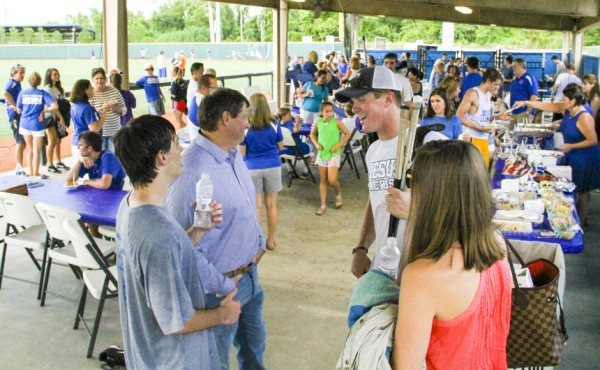