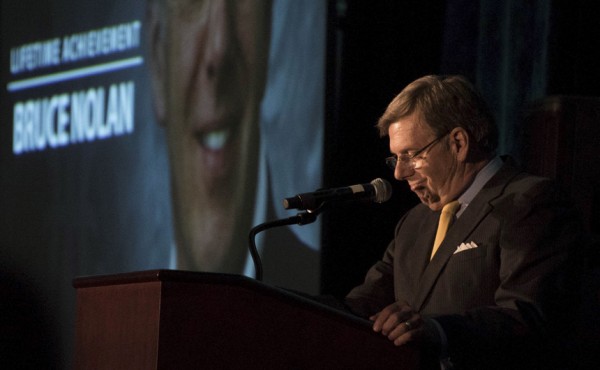 Bruce Nolan, a member of the class of 1965, was honored with a Lifetime Achievement Award from the Press Club of New Orleans at its 59th annual awards ceremony. The 59th Annual Excellence In Journalism Awards Gala took place on Saturday, July 8, 2017 in the New Orleans Downtown Marriott hotel at the Convention Center.

Nolan spent his 41-year journalism career at the Times-Picayune. From 1971 to 2012 he was a reporter, editor, columnist, and suburban bureau chief. He was part of the team which earned the Pulitzer Prize for coverage of Hurricane Katrina in 2005.

Press Club of New Orleans posted the following message about Nolan to its Facebook page: 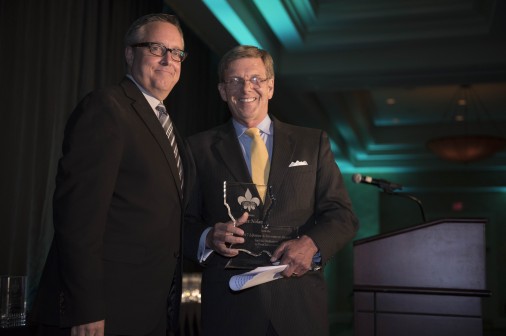 “From crime to education, politics to religion, and disaster to recovery, for 41 years Nolan has been reporting on New Orleans at NOLA.com | the Times-Picayune. His commitment to delivering compelling and timely news on issues that impact communities everyday has been remarkable. For 41 years of award-winning work and dedication to the field of journalism, the Press Club of New Orleans is proud to honor Bruce Nolan as one of 2017’s Excellence In Journalism Lifetime Achievement award winners.”