Golf Gets Second at District Tournament, Advances to Regionals 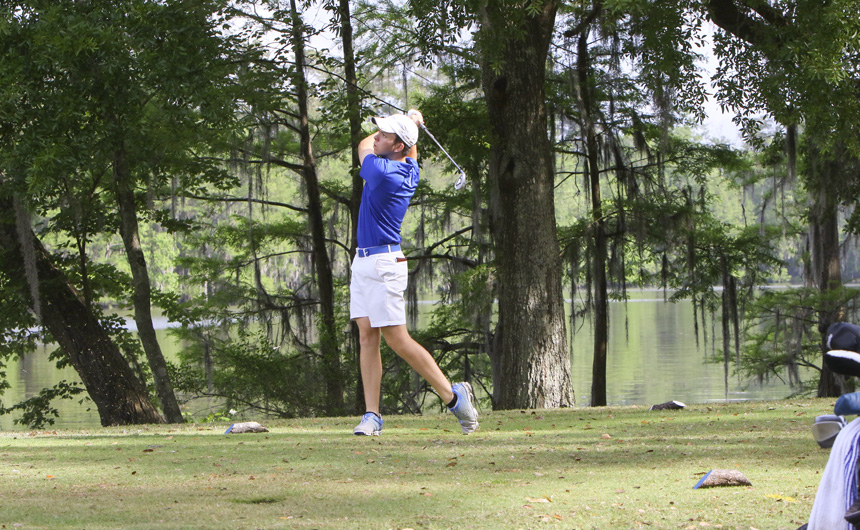 Senior Nolan Lambert, who shot a 78 in the round for Jesuit, tees off at the par three, fifth hole.

While other Blue Jays were enjoying a restful holiday on Easter Monday, the Blue Jay golf team hit the tees at Beau Chene golf course in Mandeville to compete for the LHSAA Division 1, District 4 golf title.

After completing a full sweep of all opponents in district dual matches, the golf team entered into the district tournament feeling confident and ready for battle.

The Jays put forth a solid performance, shooting an impressive 320 among the top four golfers. This put Jesuit in second place for district, just seven strokes behind St. Paul’s of Covington. Sophomore Britton Khalaf led the team, shooting a 76, just four over par, on the 18 hole Oak Course.

“Our team performed below our expectations in the district tournament,” said head golf coach Owen Seiler. “I have confidence though that we’ll be able to fix our mistakes for the regional tournament. Our boys take great pride in their game, so they’re ready to make all the necessary adjustments.”

The top four teams from this district tournament – and the top four golfers not on those teams – are advancing to the regional tournament at Carter Plantation on Tuesday, April 25.