The Blue Jay baseball team notched two more wins to their steadily improving record with a couple of weekend games against the Purple Knights of St. Augustine. 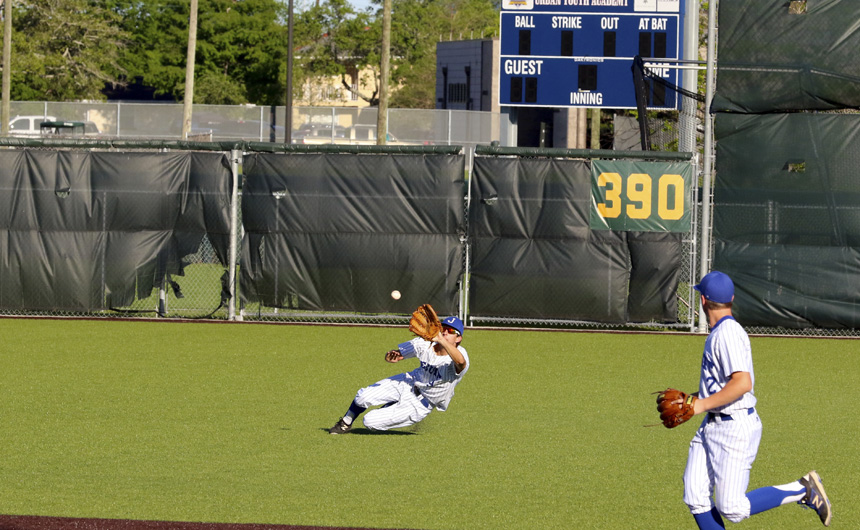 On Saturday at RBI Field, the Jays won a defensive battle with six scoreless inning for both teams. All runs in the contest were scored in the third inning. 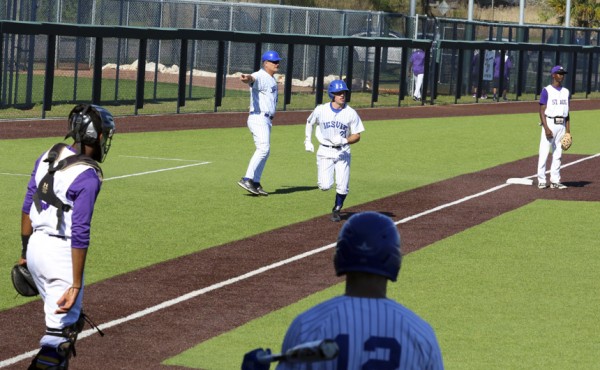 After advancing to third on the third-inning bunt by Bryce Musso, junior Michael Torry (21) scores on the overthrow to first.

In the top of the third, the Jays score three runs via stolen bases and bunts. Junior Michael Torry (21)  was the first to reach the bases and advanced to second. Senior Bryce Musso (9) then laid a perfect bunt down the third baseline to advance Torry to third. When the throw to first sailed over the glove of the first baseman, Torry advanced home for the first run of the ball game. Musso advanced to second on the overthrow.

Next in the lineup was senior Nick Ray (12). His shot to left field advanced Musso to third, who then came home on a wild pitch to senior Hunt Conroy (5). Ray also advanced to third on the play.

Conroy then kept the bunt game going. Ray scored on the squeeze and Conroy advanced to second when the Purple Knights made a play for the plate. The top of the inning ended with the Blue Jays ahead 3-0.

In the bottom of the third, St. Augustine loaded the bases with only one out. Senior Chris Beebe (33) came on to relieve Cashman. One run scored for the Knights on a base hit before the Jays were able to retire the side. 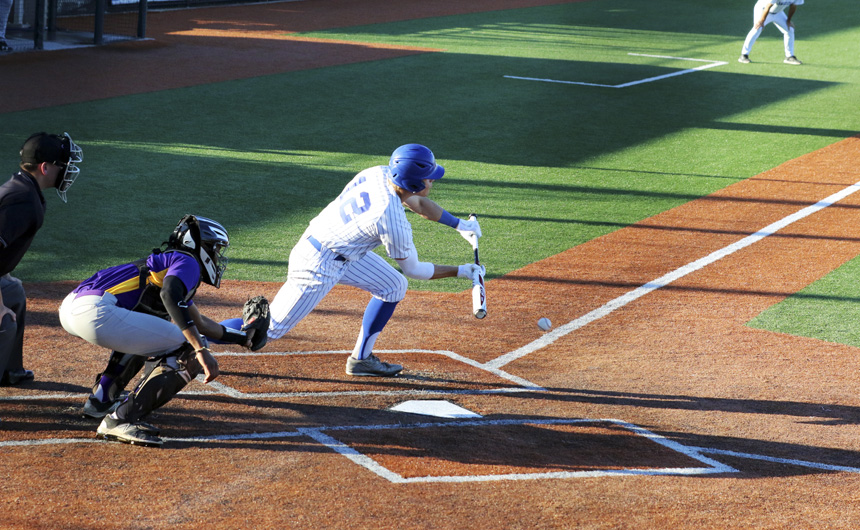 In Friday’s game, senior Nick Ray (12) gets the offense going in the top of the first, reaching base on a bunt.

On Friday, the first match-up between the Catholic league teams was an easier affair for the Jays. Scoring four runs in the first inning, the Jays went ahead to a comfortable lead that they never lost. Junior Christian Hess (14) got the nod as starting pitcher. 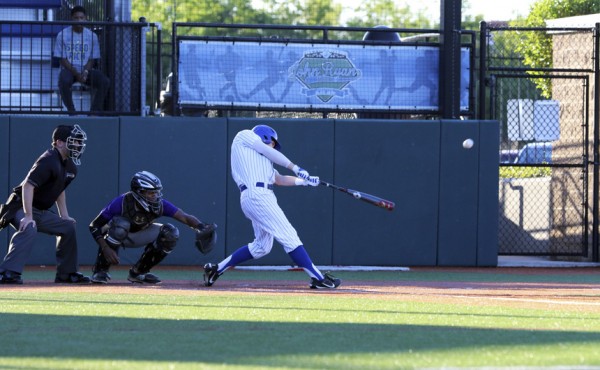 Senior Mark Theberge (3) adds to his RBI season tally by driving in Ray and Sepcich on this blast for a triple.

In the bottom of first, senior Nick Ray (12) led the charge by reaching base on a bunt. After Stephen Sepcich (12) walked on, Marc Theberge (3) lit a fire under the Jays with his two RBI triple. The Jays were composed and confident at things clicked from the get-go.

In the top of the fourth, the Jays gave up their only run of the game. Senior Collin Kulivan (25) came on with two outs to help the Jays escape to with the score at 4-1.

The Jays improved their lead by two runs in the bottom of the fourth. Nick Ray drove in Michael Torry (25) for the first run. Ray traveled to third base on a St. Augustine error. Senior Hunt Conroy (5) then hit Ray home on an infield single.

The Jays tallied up three more runs in the bottom of the sixth off the good fortune of walks and wild pitches. The final tally was 10-1, Blue Jays.

Starter Christian Hess struck out three batters, and winning pitcher Collin Kulivan struck out five. The Jays had seven hits, and St. Augustine finished with four errors on the night.

The Blue Jays are now 18-7 (5-1), gearing up for more weekend play ahead. Jesuit will face San Ignacio, the Jesuit school from Puerto Rico, on Friday at 4:00 PM at John Ryan Stadium. On Saturday, the team faces John Curtis in a big challenge at 2:00 PM at Mike Miley Playground. Both teams have demonstrated prowess in the district, each enduring only one loss in district play.