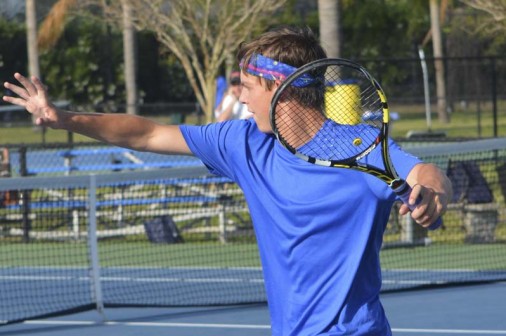 The Cajuns, runners-up in last year’s LHSAA Division IV state championships, scored an 8-6 win in a hotly contested battle at Line 1 singles over Jesuit’s Jojo Sandoz, the first freshman to play a meaningful match at the top of the line-up since four-time singles state champion Hobie Hotard did so back in 2010.

But the rest of the singles lines came through to give Jesuit a commanding 3-1 lead heading into doubles play. Graham Buck clawed back from an early 3-1 hole on Line 2 to win 8-4. Andrew Ryan and Christian Lacoste, meanwhile, took care of business on Lines 3 and 4, winning by scores of 8-2 and 8-1, respectively.

The Jays needed only one win in doubles play to clinch, and they got it quickly on Line 1, where seniors Trey Hamlin and Jack Steib scored a convincing 8-1 win. Lacoste and Ryan won 8-2 on Line 2, and sophomore Cole LaCour teamed up with senior Leo Seoane to take Line 3 by the same score.

The win was especially welcome after a tough two weeks during which the Jays posted a 4-4 record against mostly out-of-state competition in two prestigious tournaments. The Jays went 3-1 in finishing 5th at the McGill-Toolen Invitational in Mobile, Alabama, and followed that up with a 1-3 stretch this past weekend at the DecoTurf High School Team Championships in Chattanooga, Tennessee. 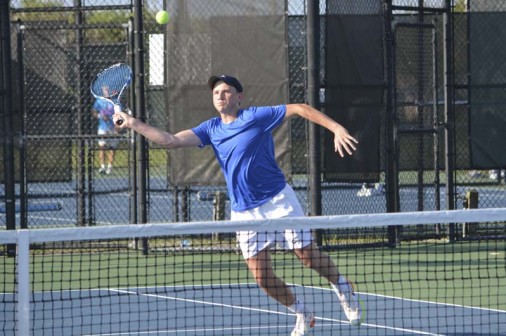 “I think the last two weeks made us a tougher team, and I think that was evident today,” said coach Travis Smith. “And we are going to need every bit of that toughness next week.”

Jesuit takes on district rivals Holy Cross and Brother Martin next week on April 2 and 4, respectively. The Crusaders beat Jesuit back in October, marking the first time any of the current team members had lost to a city opponent.

Both matches kick off at 4:00 p.m. at the UNO Tennis Center.