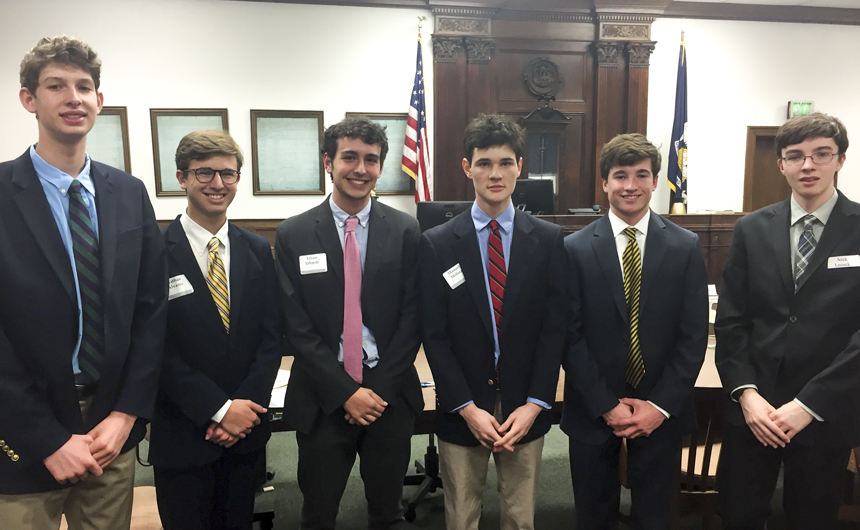 After prevailing in two early rounds to reach the Championship, the Jays fell to Caddo Magnet on a split ballot. In individual awards, Manuel Molina was recognized as the tournament’s best attorney.