The Jesuit lacrosse team recently hosted two talented teams, one from Texas and one from North Carolina, at their home field at Muss Bertolino Playground. As a competitive club sport without a large pool of local teams to play, the team is hosting these teams as a way to improve their skills early in the season. 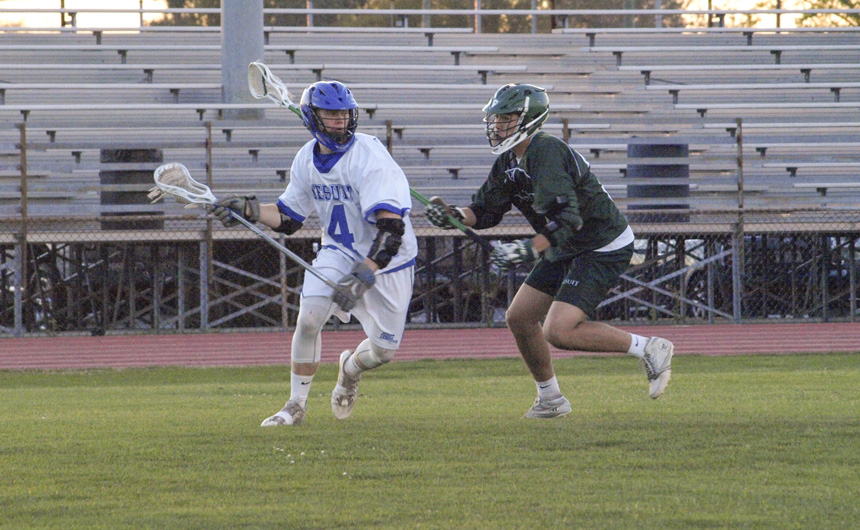 Senior Noah Martin (4) scored the winning goal for the Blue Jays in the third overtime period.

On Tuesday night, the Jays defeated fellow-province school Strake Jesuit in a thrilling triple overtime game. Senior Noah Martin (4) scored the winning goal with 3:26 left in the third overtime period, which was his third goal of the night. Senior Michael Smart (32) also had an incredible night on the field scoring four goals. His last goal tied the game 7-7 with just 2:41 to play.

Martin seemed to have locked in the victory with his second goal of the night to put the Jays ahead by one point with :41 seconds to play, but Strake Jesuit was able to pull off a miracle by tying the game 8-8 with just four seconds to play.

After two scoreless periods of overtime, Martin’s third goal finally put the game to a close. Senior Jack Cronvich (25) also added one goal to the victory.

Freshman Clark Romig (16) again was on the winning end of the face-off count, winning 14 of 22. 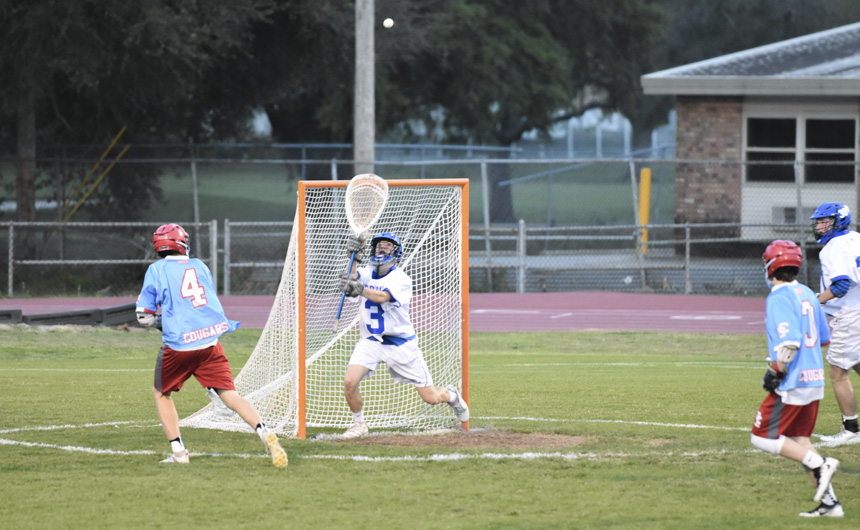 Last Friday, the Jays did not fare quite as well as they did on Tuesday against Strake Jesuit. Their opponents this time were the Cougars from Charlotte Catholic in North Carolina. The Jays lost this game, 13-5, at Muss Bertolino.

Freshman Clark Romig (16) had identical stats in the face-off category as he did against Strake Jesuit, wining 14 out of 22. Romig also led the team with six ground balls. Senior Grant Stevens (3) and junior Peyton Queyrouze (22) added four each.

The five goals for the Jays were spread over five scorers: seniors Noah Martin (4), Parker Simoneaux (22), Briggs Lucia (8), and Micheal Smart (32), and junior Aiden Roberts (21). Simoneaux also had two assists, and Martin had one.

Goalie Grant Stevens (3) had 13 saves in the match.

The Blue Jays return to action at Muss Bertolino on Saturday at 1:00 PM against another out-of-state competitor, L.C. Anderson High School from Austin, TX.