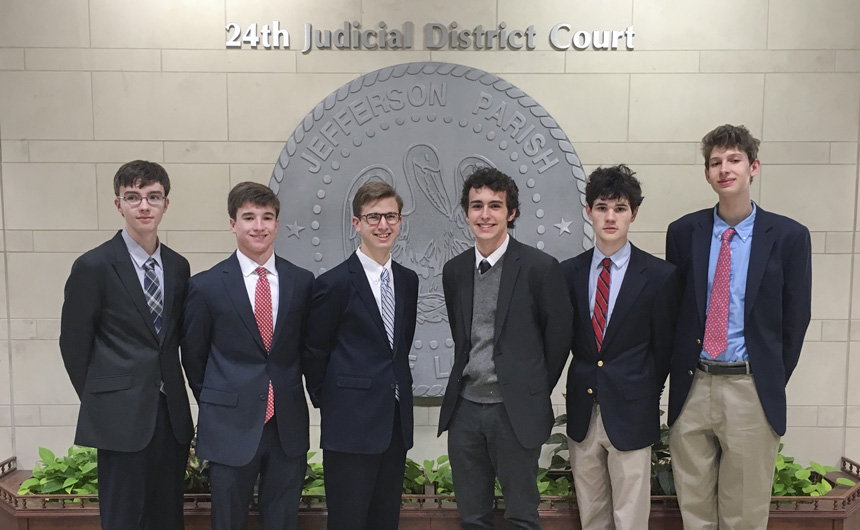 The Jesuit group that advanced to the finals lost to the team from Louise S. McGehee School in an extremely close round. In individual awards, John Schmidt was named best attorney.

The Jays will advance to the State Mock Trial competition on March 11 in Monroe.