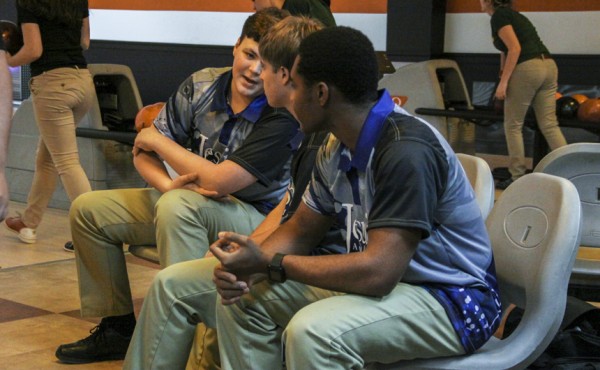 In Jesuit’s fifth match of the season, Blue Jay bowling rolled over the St. Thomas Aquinas Falcons, 26 to 1. The match took place on Thursday, Feb. 2, at Tangi Lanes in Hammond.

With St. Thomas Aquinas down a sixth bowler, the Blue Jays posted big wins in all three games. Sophomore Adam Francis bowled a 223 game for a total series of 586, while junior Trent Greco followed closely with a 203 game and 578 series. The Jays outpaced the Falcons with 3089 pins to 2002.

The Blue Jays will take their 4-1 record to Tangi Lanes in Hammond when they face Albany on Monday, Feb. 6.