Jays Have a Real Hoot Playing the Owls 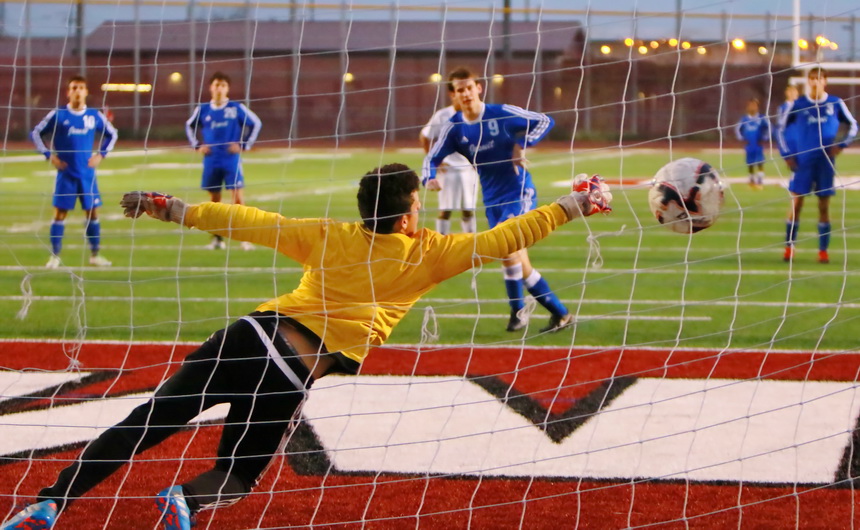 A penalty kick by Braden Brignac finds the back of Chalmette’s goal to give the Jays a 3-0 lead.

Into the Lens: View the Jesuit – Chalmette Soccer Photo Gallery

For the Blue Jays of lately, 19 minutes seemed like an eternity, but that’s how long it took to nail their first goal against Chalmette in a Thursday evening district match at the Owls’ nesting ground in St. Bernard Parish. 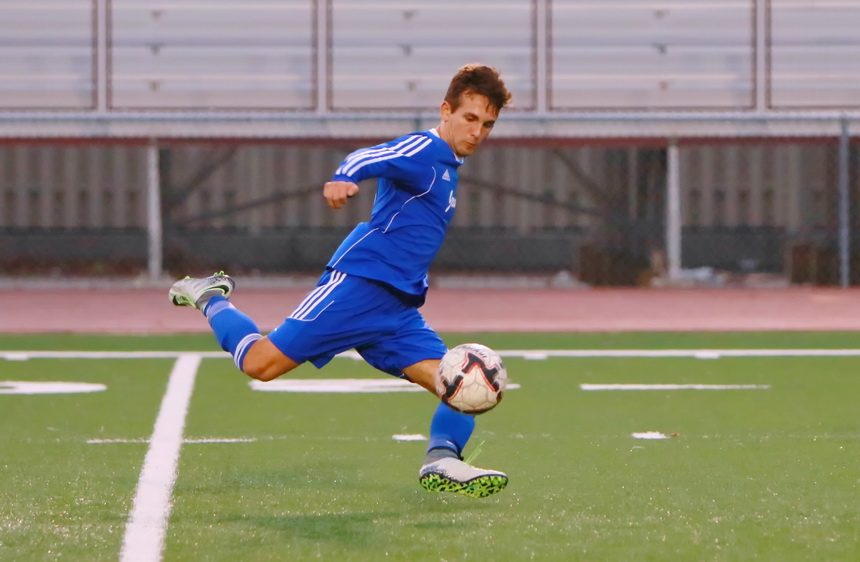 Hunt Navar opened the scoring with a powerful rocket launched some 25 yards out.

When senior midfielder Hunt Navar fired a rocket from 25 yards out that buried itself in the net just right of center, the Jays shook the boogeyman off their shoulders and unleashed their inner scoring monster with a barrage of goals — four in the first half and four more in the final 40 minutes. The 8-0 shutout was the Jays’ second one by the same score in the previous four games. It was also Jesuit’s sixth consecutive shutout although one of those matches (against John Ehret on January 3) ended in a scoreless tie. The Jays won the other five matches in which they banked a total of 22 goals.

“I thought the boys came out focused and ready to play, and they got off to a good start,” said Coach Hubie Collins. “Got ourselves a couple of early goals which allowed us to settle down and play our game. But in fairness to Chalmette, their players, and their coach, they played hard the whole way through. They fought, they battled, they played tough. They were playing just as hard at the end as they were at the beginning. Unfortunately for them, they caught us in a good goal-scoring mood today.” 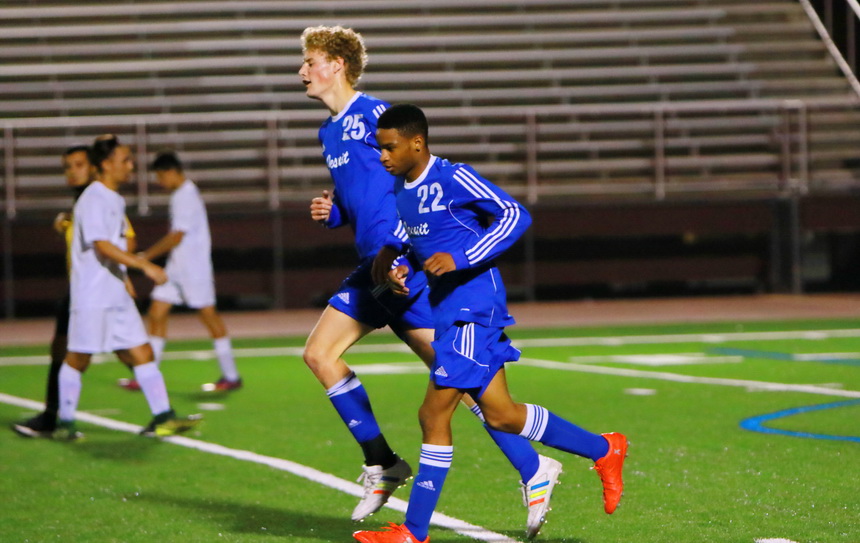 Juniors Benton Moore (25) and John Trotter each scored a pair of goals in the second half.

Following Navar’s guided missile in the 19th minute (1-0), here’s who else scored for the Jays:

Coach Collins said the Jays face a big game on Saturday against the Raiders. The match will count as a district contest as opposed to the first time the two teams played each other back on November 19.

“Last time we played Rummel over at their place, we beat them 2-1,” he recalled. “It was a very hard-fought, close, and contested match, so I’m expecting the same thing. We’ll have to step up and play at another level on Saturday for sure.”