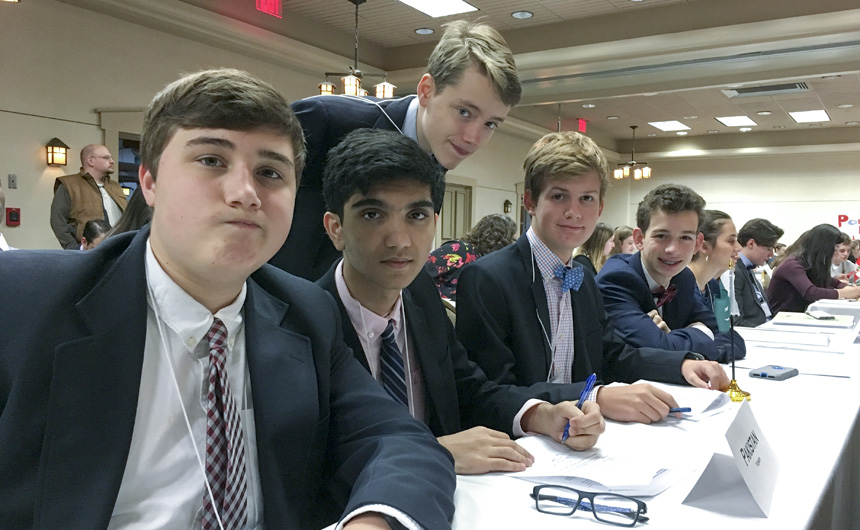 Jesuit’s recently formed Model UN Club traveled to Baton Rouge for the YMCA Youth & Government Model United Nations conference on Saturday, Dec. 10. Because this was the first event in the club’s history, expectations were low, but the members quickly learned the rules on the fly, articulated their countries’ views on the issues, formed and debated resolutions, and actively engaged with students from other schools.  Junior Manuel Molina, who had originally proposed forming the club, won Outstanding Delegate for one of the General Assembly groups.  The conference organizers were very impressed with the group, not just for the size of a first-timer group (17 students), but also for their performance. The Blue Jays enjoyed the experience and are hoping to participate in the YMCA Youth & Government’s Youth Legislature next semester. The formation of the club provides an excellent means for students to be exposed to and engaged in global issues.