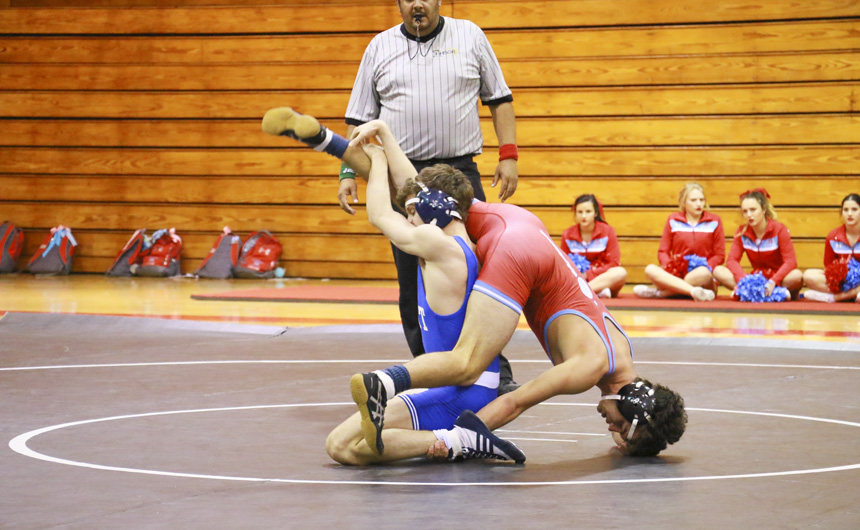 Jackson de Gruy takes control of the match on his way to a 12-7 victory.