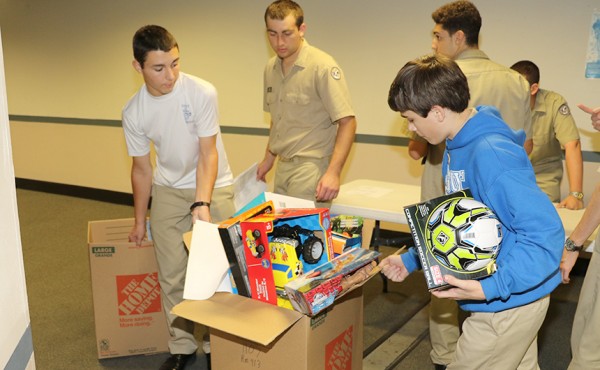 Annually, the U.S. Marine Corps Reserve collects Christmas gifts for children in need during its nationwide Toys for Tots drive. In conjunction, Jesuit’s MCJROTC participates in the program on a local level, gathering as many toys as possible to help the less fortunate in the greater New Orleans area.

Coming off the heels of last year’s highly successful drive, which collected nearly 1,000 toys, the MCJROTC is again calling fellow Blue Jays to be generous during the holiday season. Hoping to collect even more gifts than last year, the MCJROTC is sponsoring a homeroom contest now through Friday, Dec. 9. Students should drop off new, unwrapped toys in the boxes provided in their homerooms. The homeroom in each grade level which collects the most toys will win a doughnut party at the beginning of the second semester.

Founded in 1947, Toys for Tots aims to deliver a message of hope to less fortunate youngsters and assist them in becoming responsible, productive, and patriotic citizens.