Tennis, Anyone? Jays Face Off with Brother Martin, Catholic High this Weekend 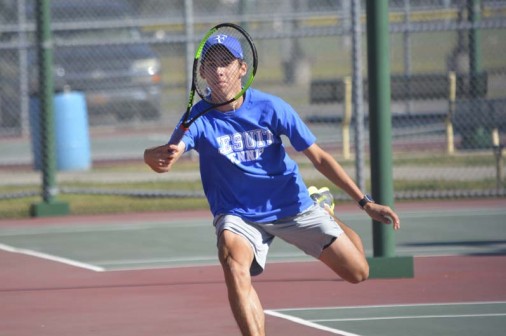 On Friday, Dec. 2, the Jays will participate in the inaugural Brother Martin/Jesuit fall challenge at the Hilton Rivercenter. The event was initiated by Brother Martin head coach Marcelo Chanes, who has dubbed it the “Amigos Forever Cup,” in recognition of the spirited but friendly rivalry that has emerged between the two schools in recent years.

Time constraints and court availability at the indoor facility led Chanes to put together a unique format, designed to get as many players involved as possible. The teams will play four doubles matches, followed by eight singles matches. Each match will be a total of 12 games. The team that wins the most overall games will be awarded the Amigos Forever Cup. Matches start at 5:30 p.m.

The next morning, Jesuit will hold a scrimmage with Catholic High at City Park, with doubles play starting at 11:00 a.m. and singles to follow. The Bears from Baton Rouge are the prohibitive favorites to take this year’s state championship.

Both events are free and open to the public. 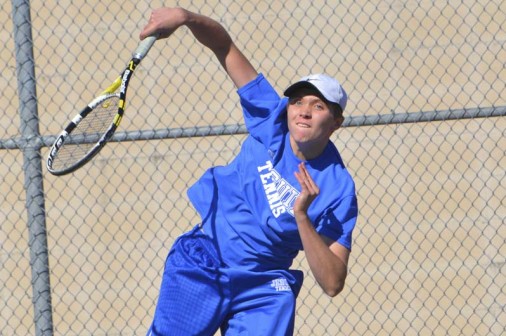 “I’d love to get a crowd out, especially for that Brother Martin match,” says head coach Travis Smith. “I think we could create a really great atmosphere at the Rivercenter and eventually build this into one of the state’s premier high school tennis showcases.”

Both events are the result of relationships built by Smith with Jesuit’s two biggest rivals at the 5A level.  “We could be aloof and dodge both of those teams until state,” says Smith. “But there are so few opportunities in high school tennis to play teams that can challenge us, and even beat us, from top to bottom. I’d much rather create as many big-event opportunities as possible for our boys to make team experience special. Of course it helps that Kyle (Jackson, the Catholic coach) and Marcelo are such good guys.”

Another upside to having these early season showdowns on the schedule is the competitive atmosphere they create in fall practices. “This tennis team is a meritocracy,” says Smith. “I don’t just make arbitrary decisions about our line-ups.  Playing against Catholic and Brother Martin is a privilege, and you have earn it on the court. Our guys have been beating each other up for two months now for these opportunities.”

Jesuit has already scrimmaged Catholic once this year. In that match, held on Nov. 19 in Gonzales, the Jays took 13 of 18 matches. But Catholic was without four of their top eight players, including their top two. The Bears’ best player, two-time defending state champion Nick Watson, was on his official college visit to LSU. Their No. 2 player, senior Andrew Bienvenu, was banged up after the previous night’s football playoff game and took the day off. 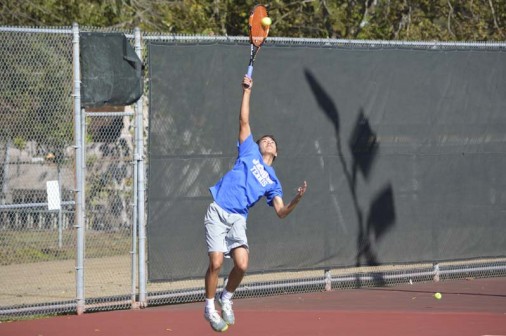 “It’s kind of like beating the Saints without Drew Brees, Brandin Cooks and both startling offensive tackles,” says Smith. “It doesn’t mean much.”

If Jesuit has any chance of repeating as state champions for a tenth consecutive year, they will have to do so largely on the shoulders of seniors Trey Hamlin, Jack Steib, and Graham Buck, all of whom played critical roles in last year’s state tournament.

But they will need some help. Catholic returns all of their top players from last season, a year in which Jesuit eked out their ninth straight state title by a single point. The Jays, meanwhile, got hit hard by graduation. “We lost three guys  who are among the best to ever lace up their sneakers at Jesuit,” says Smith, referring to Brandon Beck, Jacob Niehaus, and Jonathan Niehaus. “Those guys will be hard to replace.”

Freshman Jojo Sandoz has already staked his claim among the team’s top four. Beyond that, there are a slew of players fighting it out to be a part of Jesuit’s eventual eight-man contingent at regionals and state.

The final regional roster will be based largely on strategy. The big question? How many of the top four will end up playing singles and how many will play doubles? Regional rosters include two singles players and three doubles teams.

“We’ve got a history of going down to the wire with our personnel decisions,” says Smith. “That could well be the case again this year.”

Sophomore Cole LaCour has impressed coaches with his improvement.

Six players have emerged in early season practices and challenge matches as favorites for the remaining four slots. Seniors Leo Seoane and Luke Lingle, along with vastly improved sophomore Cole LaCour, are all doubles specialists. Senior Andrew Ryan and sophomore Dexter Webster excel at singles. Junior Christian Lacoste, the only one of the six with experience at the state tournament, is a dual threat.