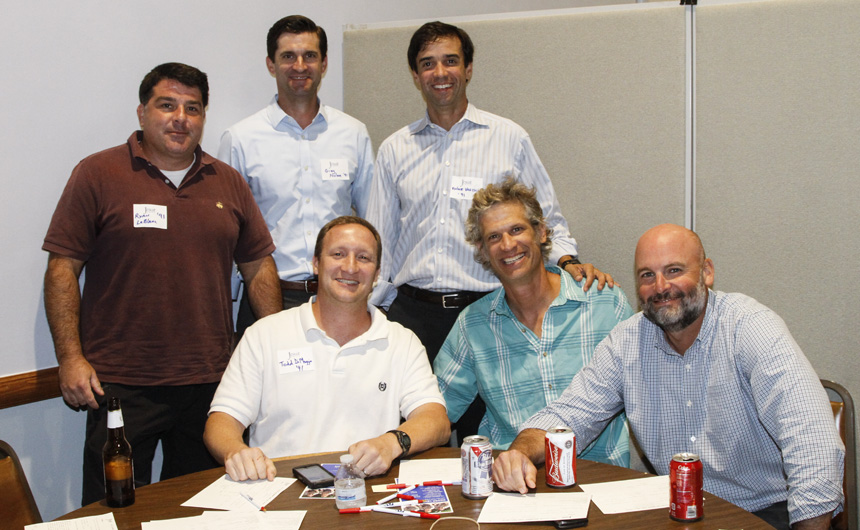 Jesuit alumni from 1934 to 2012 are answering the most important call they receive each year — the invitation to help keep their alma mater an affordable school of excellence.

Hundreds of Blue Jays returned to Carrollton and Banks for the fall LEF calling campaign on Tuesday, Oct. 11 through Thursday, Oct. 13, to connect with classmates, talk about the old times, and to ask their classmates to financially support their high school. Both groups get an A+. More than 200 callers tallied almost 1,100 pledges totaling more than $400,000 over three action-packed nights.

“Our goal for this year is 4,000 donors and $1.5 million, and I have every reason to believe we will get there,” said Blanchard. “Giving back is something we learned when we were in school and gladly do today in appreciation for the education we received and to keep the school we love at the top of the class.”

As of Monday, Oct. 17, 2,181 had pledged $855,000 to offset Jesuit’s operational expenses, which allows the school to set tuition at just 75 percent of what it actually costs to educate a Blue Jay. Generous Jesuit parents and hundreds of supportive parents of alumni help make up the difference.

LEF donations do not fund financial aid. Those dollars are generated from Jesuit’s endowment. In 2016-17, approximately 160 families will receive an estimated $750,000 in financial assistance.

The easiest way to make your donation is online: DONATE TO LEF