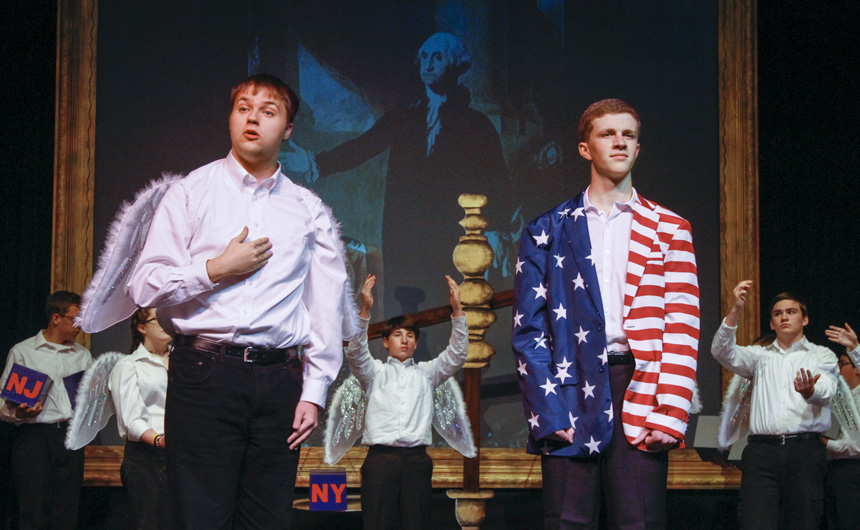 Juniors Blaise Bonura and Andrew Busenlener take the stage for the opening scene of “44 Plays for 44 Presidents.”

44 Plays For 44 Presidents is a chronological, biographical survey of the lives and presidencies of each of the 44 men who have held the office so far. Their mistakes and successes are celebrated by a company of actors who take turns donning a star-spangled coat that symbolizes the presidency. Beginning with George Washington’s almost Eden-like perfection, the scenes shift frequently between the comic and the tragic, from Ben Franklin giving Thomas Jefferson a Borscht Belt-style roast, to the frank portrayal of William Henry Harrison’s life as an “Indian slayer,” and later the grim onset of the Civil War. Act II starts off the twentieth century with the assassination of William McKinley, moves through a Nixon-praising dance number, a George Bush Sr. mini-musical about dirty campaigning and arrives at a polarized America in both the George W. Bush and Barack Obama plays. Audience members consider their role in shaping the history they’ve just witnessed, as they are left to ponder where the presidency has gone since its fall from paradise…and where it will go next. (Description taken from the Playscripts, Inc website.)