The 51st Game Between Jesuit and St. Augustine Gets Underway at 7 PM at Tad Gormley Stadium 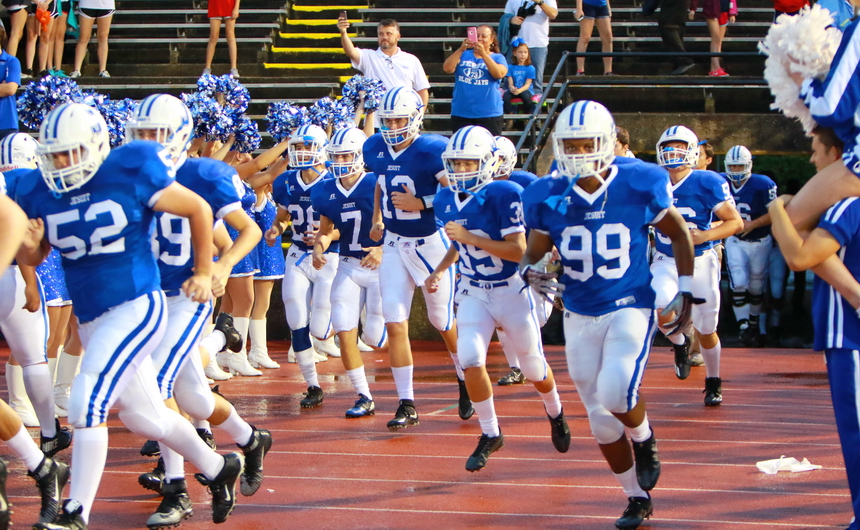 Into the Lens: View the Jesuit – Escambia Photo Gallery

From here on out, the Blue Jays are playing for all the popsicle sticks as competition in the Catholic League — also known formally as District 9(d) —  ramps up for Week 4 of prep football.

The Blue Jays (2-1) and Purple Knights (0-3) will kick off tonight at 7 at Tad Gormley Stadium. The team that wins Friday night takes the lead in a series that was born in 1967 and is currently tied at 25 games a piece. St. Aug’s 32-20 win last year evened the series. 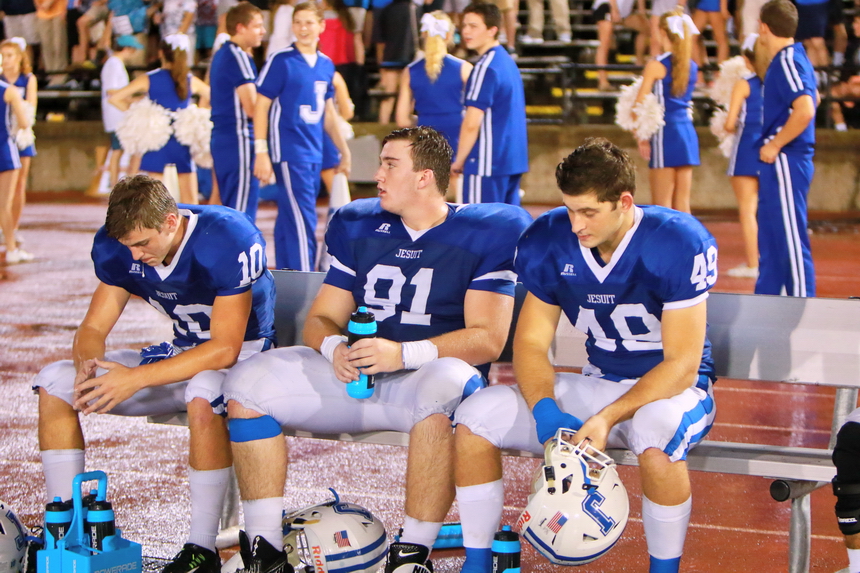 Jesuit and St. Augustine student IDs, as well as season passes, will be accepted at the gate. However, if you haven’t bought a ticket yet, there’s still time. Pre-game tickets will be sold Friday from 8 a.m. – 4 p.m. at Jesuit’s switchboard, as well as during lunch in the Student Commons. The cost of a pre-game ticket is $6 for adults and students (from non-participating schools); $3 for children ages 6-11. All tickets purchased at the gate will cost $8.

The Blue Jays are the visitors this year and will occupy the Roosevelt Mall side of the stadium.

Jesuit enters district play after a sound 34-13 win last week against Escambia (Pensacola). The Jays’ offense, sluggish in the first two weeks, have tallied a total of 57 points while the defense has held opponents to 32 points.

In the Power Ratings for the 10 LHSAA Division 1 teams, the Blue Jays occupy the sixth spot while St. Aug is two notches down at #8.

Coach Mark Songy says it would be a mistake for the Jays to take the Purple Knights for granted.

“St. Augustine is a very talented football team, whose 0-3 record is very misleading,” said Coach Songy, noting that the three teams that beat the Purple Knights are among the best in Louisiana.  “St. Aug’s style of offense and defense presents several problems for us, and we must be sound in every phase of the game in order to be successful. Our week of preparation has gone well thus far, and as usual, we are treating our opponent with the highest level of respect. Our team continues to get better.” 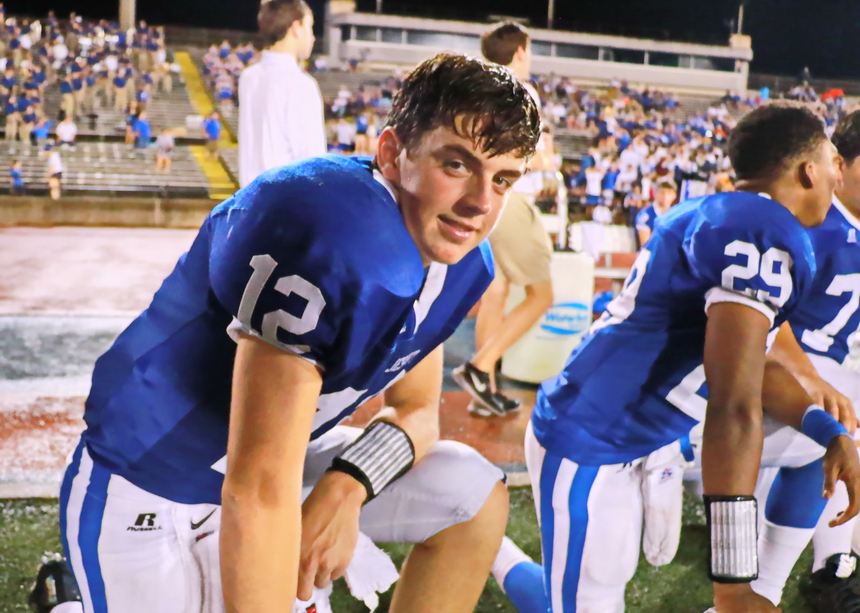 Jesuit’s ground attack will be led by senior running back Connor Prouet, who has 68 carries for 259 yards and two touchdowns in the first three games. Prouet will be backed up by junior Mike Torry (30 carries for 129 yards) and sophomore Will Robinson (51 yards on 10 carries). Senior running back Kai Rozas reinjured his foot in last week’s game against Escambia and is not expected to play.

But in 2014, Coach Songy had just returned to Jesuit for his second stint overseeing the football program. That year, the Jays won the district game, 34-20, and thrashed the Purple Knights in the playoffs, 42-14. The Blue Jays went on to capture their first state championship since 1960 by beating John Curtis, 17-14, in the Mercedes-Benz Superdome.